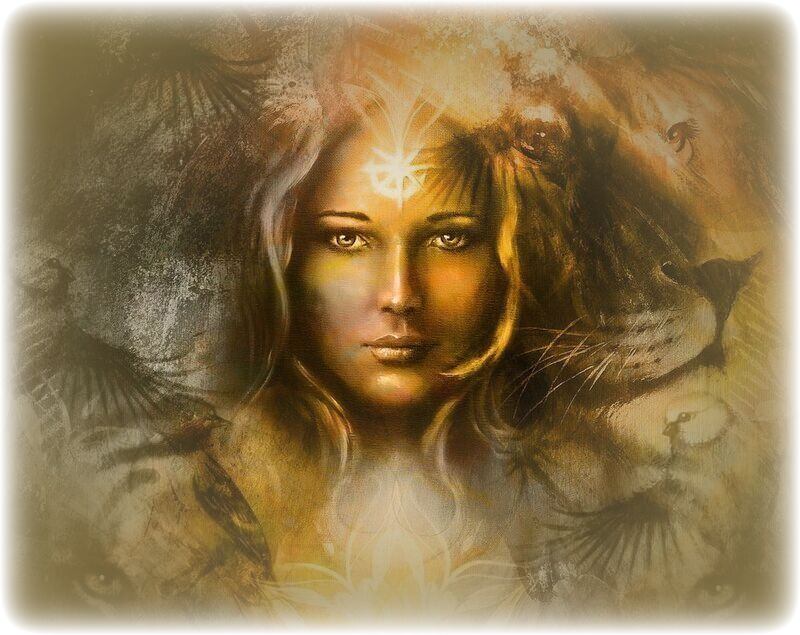 First used in the 1970s, the term altered state of consciousness (ASC) refers to a change, usually temporary, in a person’s mental state so that his or her awareness differs significantly from what would be considered normal. Reports vary regarding what an ASC is like, but in many cases the experiencer perceives colours, sounds, tastes, and smells differently and/or more intensely than would otherwise be the case.

An ASC also typically involves a lessening of self-awareness, which often means that one’s mind no longer seems tied to one’s body. In many such cases, the consciousness seems to leave the body, perhaps to travel to different places or realms or to connect with another being’s consciousness. Such is the case with paranormal phenomena that some people believe are caused by an ASC, including astral projection, near-death experiences, and mystic experiences.

An ASC can also produce the feeling that time is standing still or moving at a faster or slower pace than normal, and it might result in the experiencer seeing bright lights or other images that seem real but which others say are hallucinations. These two characteristics have led some researchers to theorize that the alien abduction experience is the result of an ASC. Abductees not only report seeing aliens but often cannot determine how much time passed during their experiences. Moreover, abductees talk of seeing bright lights that they believe emanate from an alien spacecraft. Altered states have also been credited with causing paranormal phenomena in which the experiencer’s body seems to perform independently of the mind, which is left with no memories of the event; these phenomena include channelling and automatic writing.

An ASC can come about unintentionally—as the result of such traumas as illness and/or high fever, certain types of injuries, sleep deprivation, or starvation—or intentionally—as the result of meditation, intense prayer, electrical stimulation of the brain, the use of drugs or alcohol, or other practices that change body chemistry or overstimulate or understimulate the brain.

Most people believe that hypnosis can also bring about an ASC. At least some experts say that a hypnotic trance is not a true altered state because even under hypnosis an individual’s awareness does not necessarily change. In other words, hypnotized people sometimes perceive everything in their environment normally, as though they were in an ordinary waking state.

It is impossible to determine whether any particular person is experiencing an ASC, even using medical diagnostic tools such as electroencephalography and magnetic resonance imaging, that measure brain activity. These tools can only measure levels of brain activity, not perception. Consequently, an ASC can only be determined subjectively—that is, from reports by the person actually experiencing the ASC. This fact makes it difficult for researchers who want to determine whether any particular paranormal phenomenon is caused by or causes an ASC.

Any of a variety of states characterized by a radical shift in the pattern of consciousness from one’s “normal” waking state. The term “altered states of consciousness” (ASCs) was coined by parapsychologist Charles T. Tart. ASCs have been shown to be of some benefit in psi functioning, but have been difficult to study scientifically because of their subjective and internal nature. There is no universal “normal” state of consciousness from which to begin a study, though there are probably biological limitations to the possible range.

Numerous ASCs can be differentiated, including:

(2) sleeping, with “slow” brain waves and absence of REM;

(3) hypnagogic, between Alchemy wakefulness and sleep;

(4) hypnapompic, between sleep and wakefulness;

(5) hyperalert, or prolonged and increased vigilance induced by intense concentration or drugs;

(6) lethargic, which includes depression, fatigue, and so on;

(10) regressive, as in age regression induced by hypnosis;

(13) reverie, which occurs during trance and with REM;

(15) internal scanning, or awareness of bodily feelings on a nonreflective level;

(18) stored memory, in which information must be recalled by conscious effort;

(19) expanded consciousness, such as peak and mystical experiences; and

(20) shamanic consciousness, an altered but lucid state in which a shaman accesses the underworld or the celestial world. See Shamanism.

ASCs can occur spontaneously, or can be induced through disciplines such as yoga, Zen, and other forms of meditation; prayer; and various occult and magical techniques. They also can be induced through dancing, chanting, intoxication, self-inflicted pain, sensory deprivation, sensory overload, sleep deprivation, progressive relaxation, hypnosis, fatigue, malnutrition, fasting and diet, physical and psychological trauma, birthing, staring, sex, and psychotic episodes. ASCs and Psi In laboratory tests since the early 1950s, ASC-inductive techniques, such as relaxation, sensory deprivation, ganzfeld stimulation, hypnosis, and meditation, have been shown to enhance psi functioning, especially in forced-choice extrasensory perception (ESP) tests, and also in Altered states of consciousness free-response tests and psychokinesis (PK) tests. The most frequently used induction techniques are progressive relaxation and ganzfeld stimulation. See Ganzfeld stimulation.

Drugs, especially psychedelics, are avoided because they are too disorienting. See Drugs in mystical and psychic experiences. Induced ASCs remove distractions from the conscious mind, and might serve to bolster the confidence and expectations of the test subject. The influence of suggestion, either deliberate or implicit, also must be considered, for suggestion alone can positively affect test results. Not all parapsychologists agree on the value of ASCs in psi testing. Remote viewing (seeing a distant site or object by clairvoyance or visiting a distant site by out-of-body travel) produces equally good results in “normal” consciousness, for example. Some factors are unpredictable, such as the individual reactions to an ASC, and the potential for bad experiences among some individuals. ASCs as a State-Specific Science Orthodox science largely rejects the experiences and knowledge gained from ASCs, many of which are intensely spiritual in nature.

Most ASCs have no physical phenomena and thus are epiphenomena, to which science gives little value. Furthermore, they are highly subjective and resist laboratory controls. However, in the mid-1970s Tart introduced the terms “discrete states of consciousness” and “altered states of consciousness,” referring to recognizable patterns that are maintained despite variations in particulars. Scientific research has been effective in the areas of dreams, meditation, biofeedback, and some intoxicated and drug-induced states. Transpersonal psychology has focused on the therapeutic benefits of ASCs, especially the higher mystical states.

Hallucinations are experiences of one or more senses—sight, sound, hearing, smell, touch, and taste—that appear real to the person experiencing them but are not. Skeptics…

ALTERED STATE OF CONSCIOUSNESS [ASC] The term ‘altered state of consciousness’ was coined by parapsychologist Charles Tart (b.1937), and it refers to a shift in…

Skeptics often cite sleep paralysis as the cause of out-of-body experiences and alien abduction experiences. Sleep paralysis, in which the body becomes paralyzed at certain…