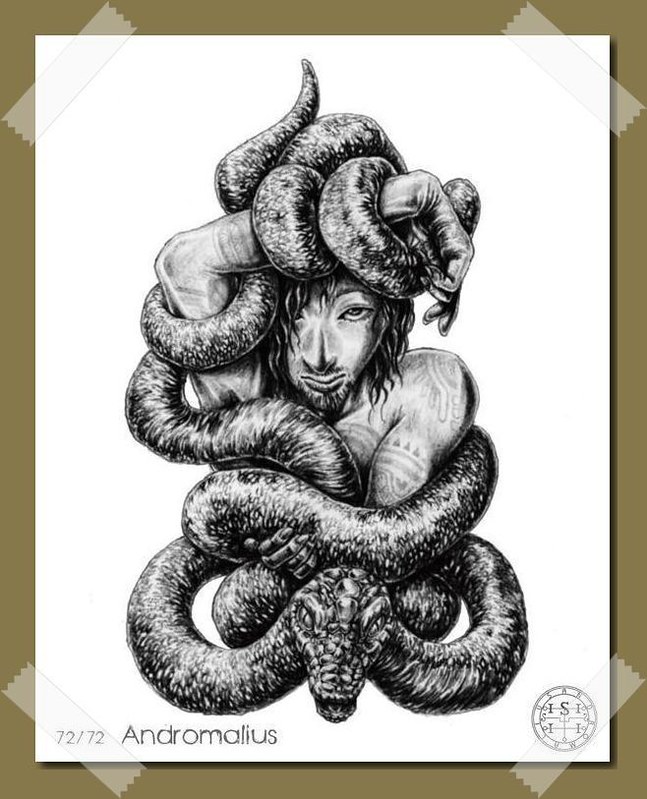 ANDROMALIUS.—The Seventy-second Spirit in Order is named Andromalius. He is an Earl, Great and Mighty, appearing in the Form of a Man holding a Great Serpent in his Hand. His Office is to bring back both a Thief, and the Goods which be stolen; and to discover all Wickedness, and Underhand Dealing; and to punish all Thieves and other Wicked People and also to discover Treasures that be Hid. He ruleth over 36 Legions of Spirits. His Seal is this, the which wear thou as aforesaid, etc.

Andromalius is not mentioned in the Pseudomonarchia Daemonum.

Andromalius is not mentioned in the Dictionnaire Infernal.