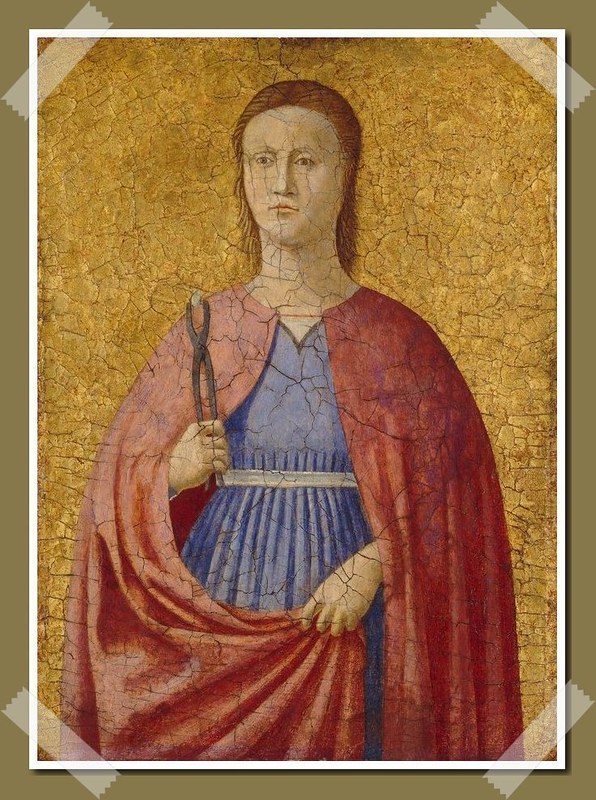 Apollonia, St. (of Apollo) (third century) In Christian legend, patron of dentists and their patients. Feast, 9 February. The life of the saint is recorded in The Golden Legend, a collection of saints’ lives written in the 13th century by Jacobus de Voragine. Apollonia was the daughter of rich parents in Alexandria, Egypt. She was a virgin “far advanced in years” and noted for her “chastity, purity, piety and charity.”

All of these virtues, however, did not deter a pagan mob from attacking her house because it was a refuge for Christians. Apollonia was dragged out, and the mob began “tearing out all her teeth.” When that was done the saint was burned. In a variant account of her life she was killed with a sword. In Christian art St. Apollonia is usually shown with a pair of pincers, occasionally holding a tooth. One work, ascribed to Piero della Francesca, portrays the saint holding her symbol and looking quite determined if not angry. ( see image above )