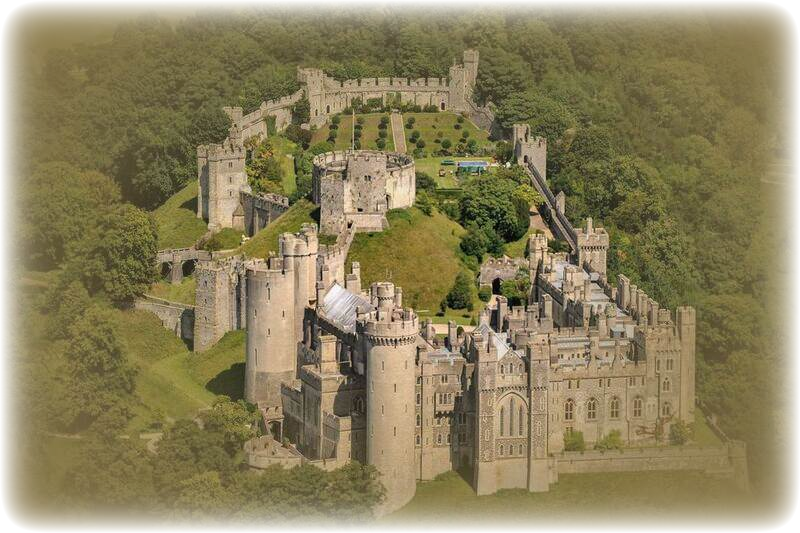 Arundel Castle is the haunted ancestral home of the dukes of Norfolk in Sussex, England. The castle, of medieval style and dating mostly to the 19th century, stands on what is believed to be the remains of a 12th-century castle and an earlier castle. It has belonged to the Norfolk family since 1580, when the uncle of Catherine Howard, Henry VIII’s fifth wife, took possession of it.

Best known of the ghosts is the Blue Man, a Cavalier dressed in a blue silk suit, who is usually seen reading in the library as though searching for some bit of information. The Blue Man has been seen since the time of Charles II (1630–85, reigned 1660–85).

A second ghost is that of a kitchen boy said to have been so badly treated some 200 years ago that he died at a young age. His ghost has been both seen and heard returning to furiously clean pots and pans.

A third ghost is a girl dressed in white, who, according to legend, threw herself off Hiorne’s Tower over an unrequited love. Her white form is sometimes seen near the tower on moonlit nights.

The castle has its own Death Omen, a phantom white Bird that flutters against the windows to warn of the impending death of a member of the Howard family. The ghostly bird was said to have appeared just before the death of the Duke of Norfolk in 1917.

Phantom cannon sounds also have been reported booming in the vicinity of the castle. They are said to be from the guns of Sir William Waller, who fought under Oliver Cromwell in the English Civil War (1642–48) against Charles I. Waller’s cannons battered Arundel Castle.

Berry Pomeroy Castle is a haunted ruined castle in the wild countryside at Berry Pomeroy, Devon, England. The brooding ruins are said to be inhabited…

The spectacular ruins of twelfth-century Castle Rising, dominated by massive earthworks, are said to be haunted by Queen Isabella, the ‘She-Wolf of France’. An old…

Nottingham Castle stands on the summit of a precipitous rock. Although a castle was built here by William the Conqueror, the present building was erected…