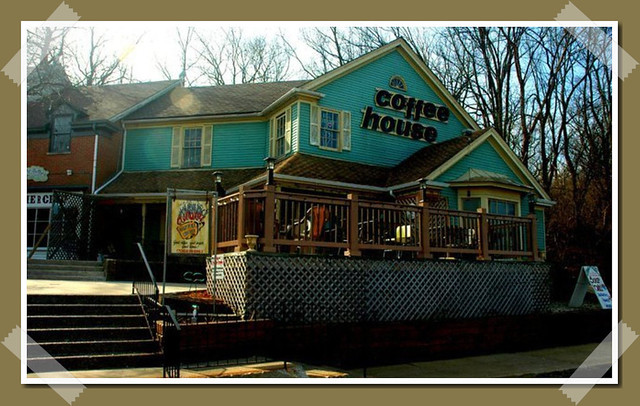 The Ashbary Coffee House is in the legendary haunted area of Archer Avenue in Willow Springs, Illinois. I came upon this location when I was looking for a meeting place for my organization’s members.

It seems I was drawn to the location. I didn’t know it was haunted, but that soon changed. The manager, Deanna, informed me that many strange things go on that the employees have witnessed. One employee says she will never use a Ouija board inside there again because the planchette, untouched, was spinning in circles. Another employee took the talk of spirits as being a product of others’ imaginations and would joke about it. He changed his mind when a cup flew by him from off of a table.

When I asked about running a Séance there, Deanna said our psychic fairs are fine, but no Séances.

I brought our psychic feeler there— her name is Amy Cooper, and she is an American Indian and very spiritual. She and I team up together when we venture out to locations with paranormal activities that we document.

Also joining us was LuAnne Patno, a solitary Witch, who I felt was an asset to have along for providing a circle of protection. Amy picked up on the spirits as soon as she entered the location. She said they are a family of four spirits: a father, mother, a son about 10 years old, and a daughter about 5 years old. The son is afraid of the father, and the daughter is very sad. The mother also fears her husband.

The father seems to be the dominant one. As we video-recorded this day, every time Amy would describe the father, the microphone would shut down. Amy and I even changed seats, and when we did, we could hear the wooden floor creak as the father’s spirit would also change and move to the side of Amy. She was able to describe all other spirits and the camera recorded.

Amy and LuAnne wandered the second floor together, and they discovered that cold spots showed up in areas they moved to. 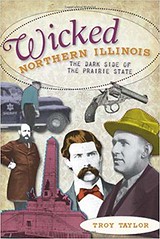 The spirits are friendly, however, and no harm has ever come to any person there. The spirits are older than the building the coffee house is located in. Amy feels the family is from a building that was on the land earlier, around the late 1800s, as that is the time Amy picked up that the spirits were from.

During one of our psychic fairs at the coffee house, our Tarot reader, Annette, had a very peculiar experience. She held a Tarot card in her hand during a reading for an individual, and they both stared in amazement as the card bent back on its own until the top of the Tarot card touched the table.