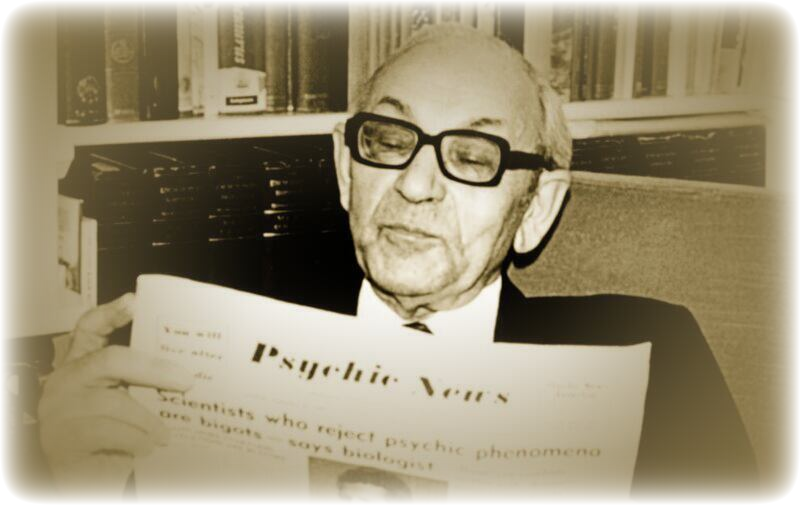 Maurice Barbanell (1902–1981) was an English journalist and Medium, widely known as “Mr. Spiritualism.” The teachings of his spirit control, a Native American named “Silver Birch,” continue to have a wide following.

Maurice Barbanell was born on May 3, 1902, in London. His father was a dentist. As a young man, Barbanell was an atheist and therefore was sceptical of spiritualist claims. He heard a lecture on Spiritualism and challenged the speaker by saying that the subject should be addressed only by those with personal experience. He was challenged in return, and agreed to undertake a six-month personal investigation himself.

Barbanell began attending the Home Circle of a medium known as Mrs. Blaustein. Bored, he fell asleep at one sitting and awoke to hear that he had become a medium for a Native American spirit. Barbanell formed his own home circle, and the spirit, whose real name was kept confidential, began to dispense his wisdom. One member of the circle was the journalist Hannen Swaffer, an enthusiastic proponent both of spiritualism and of the teachings of Barbanell’s spirit guide. The circle became known as the Hannen Swaffer circle; for years, it was one of the best-kept secrets in British spiritualism.

Barbanell preferred to remain anonymous. His Mediumship was not widely publicized, even when he and others founded Psychic News in 1932. The idea for the spiritualist newspaper came from Red Cloud, the Native American Control of medium Estelle Roberts. Barbanell edited the paper from 1932 to 1946, and resumed it in 1962; he felt that it would not be proper to publicize his mediumship in it. Swaffer continually urged him to disseminate his spirit’s messages to a wider audience than the home circles. Barbanell eventually agreed to publish them in the newspaper, but to keep himself anonymous as the medium. For publication, the spirit guide chose the pseudonym “Silver Birch.”

Barbanell was active in the Spiritualists' National Union and also lectured widely during his career. He wrote numerous books and articles. He also edited another Spiritualist publication, Two Worlds.

Barbanell died at age 79 on July 17, 1981. At almost the moment of his passing, Tony Ortzen, then editor of Psychic News, received a two-word coded message that he and Barbanell had agreed upon while Barbanell was still living. Within days, medium Gordon Higginson, a friend of Barbanell, received spirit communications that were interpreted as evidential.

The teachings of Silver Birch were edited and published by Barbanell’s wife, Sylvia Abrahams Barbanell, and others. Barbanell had met Sylvia at Blaustein’s home circle; they were married in 1932.

According to Silver Birch, he had been reluctant to leave his own world and return to earth, a much more drab and depressing place, but had a mission to disseminate “old, old teachings” that humankind continually forgets. He chose Barbanell from “records” and watched the medium from birth. He led Barbanell into atheism, he said, apparently to make him more receptive to the material that was to come through in his own mediumship. Silver Birch’s messages centre on the oneness of all life; the importance of love, spiritual healing and service to others; and the immortality of the soul.

The Encyclopedia of Ghosts and Spirits- Written by Rosemary Ellen Guiley- September 1, 2007

A home circle, also known as a home sitting, a home circle is a Séance held in a home, with or without the services of…

A control is a spirit of the dead that acts as a medium’s primary interface with the spirit world. The control allegedly takes over a…