The homeland of the Basque people straddles the border between France and Spain along the western Pyrenees. These fascinating people may have lived in this ancient homeland since the Neolithic Period. The Basque people are unique. They are genetically different from the people in the surrounding lands and have a language that is not related to any other. Present-day Basques are predominantly Christian, but echoes of older beliefs still can be found in their national traditions and folktales.

Aide is the goddess of the wind. Mari, whose name was probably derived from the Virgin Mary, is a ﬁgure of folklore and mythology. She usually is conceived as a tall, beautiful, and kindly woman with some kind of magical or semidivine powers. Mari may be a survivor of older pagan beliefs.

An aatxe is a spirit in the form of a red bull that protects caves and attacks evil people. An aatxe is said to have set Bermeo, a village of purportedly evil people, on ﬁre.

Basajaun is the Old Man of the Woods, or Lord of the Woods. He is commonly depicted as a semidivine ﬁgure with some animal characteristics and is often, but not always, regarded as malevolent. In some stories, Basajaun has a female companion called Basandere. There are late medieval carvings of these creatures in the Cathedral of SaintMaria in Burgos, Spain.

Gaueko is a nocturnal spirit or demon in the shape of a great black wolfhound that walks upright. Herensuge and Sugaar are two monstrous serpents. Herensuge is usually portrayed as a sea serpent.

The jentilak are a race of giants who threw rocks from one mountain to another. They are credited with having built old stone ruins and other Neolithic monuments. They also are said to have invented metallurgy, agriculture, and the Basque ball game called pelota. The jentilak disappeared into the earth with the arrival of Christianity. Only one, Olentzero, remains. He is said to appear at Christmastime to leave presents for children. Over the centuries, he has changed from a giant to a Basque peasant. The mairuak,whose name means “moors,” also are said to have been giants that built the dolmens and menhirs, and they were driven away by the coming of Christianity.

The lamiak, whose name may be derived from the Greek lamia, are said to be beautiful but evil women. They take human form, but have animal feet. They deceive, enchant, and kill young men.

The sorginis the Basque folkloric witch. She is common to many folktales and possesses attributes of certain pagan beliefs.

The tortois a monstrous being that abducts and eats children. He is likely to have been invented by parents as a way to make children behave. 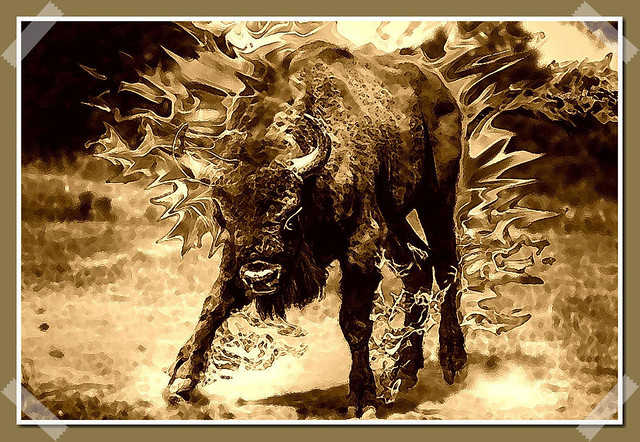 Aatxe is among the spirits in Mari’s entourage. He may be her lover; her enforcer, punishing those who displease her; ...
Read More

Akerbeltz, goat spirit and horned deity, lives in the mountains and caves of the Pyrenees. Akerbeltz is generally considered a ...
Read More

Basa-Andre is a beautiful but dreaded spirit of the Pyrenees Mountains, called the “land mermaid” or “mountain mermaid,” sharing many ...
Read More

Basa-Jaun lives high in the caves and forests of the Pyrenees between France and Spain. He enjoys the company of ...
Read More

Gaueko is in Basque popular belief and mythology the lord of darkness, a spirit of the night. He may on ...
Read More