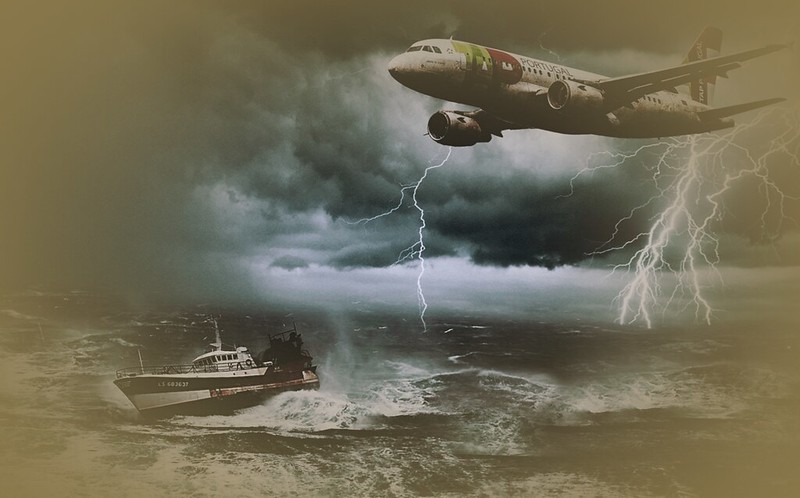 Leer en Español
Roughly encompassing the Atlantic waters between Puerto Rico, Bermuda, and the southern tip of Florida, the Bermuda Triangle is associated with the mysterious disappearance of several aeroplanes and ships. Newspapers ﬁrst started ascribing these disappearances to strange forces—as opposed to ordinary maritime phenomena like storms—in the 1950s, when reporters noted that planes and ships sometimes disappeared from the area on a clear day, without any previous signs of distress, and left no wreckage behind.

One of the most famous Bermuda Triangle disappearances took place in December 1945. At this time, ﬁve U.S. Navy bombers out of Florida vanished over the Bermuda Triangle while conducting a training mission. Despite a search effort that lasted ﬁve days and involved 930 ﬂyovers by search planes, no sign of the missing aircraft was ever found. Sceptics argue that since the search planes did not encounter any mysterious phenomena, the notion that something paranormal happened to the missing planes is nonsense. They believe that the bombers simply crashed into the sea after becoming lost in difﬁcult weather and running out of gas. In support of this view, U.S. Navy records indicate that the commander of the ﬂight had radioed that his compasses were malfunctioning and that the pilots were lost. Furthermore, the commander’s last transmission came at a time when, based on calculations of the distance travelled and the size of the planes’ tanks, their fuel would have been low.

Nonetheless, many people believe some strange phenomenon was responsible for the loss of the aircraft. Speciﬁcally, the fact that the planes’ compasses malfunctioned has convinced many people that some strange anomaly related to Earth’s magnetic ﬁeld is at work in the Bermuda Triangle. Others have suggested that extraterrestrials are responsible for the disappearances. Explanations such as that the planes and ships disappeared into a hole in space and/or time, or that the residents of a civilization called Atlantis, deep beneath the ocean, somehow captured the missing vessels also have their adherents. The latter theory, that an advanced underwater civilization is responsible for the mysteries of the Bermuda Triangle, was advanced in the 1970 book Invisible Residents by cryptozoologist Ivan T. Sanderson.