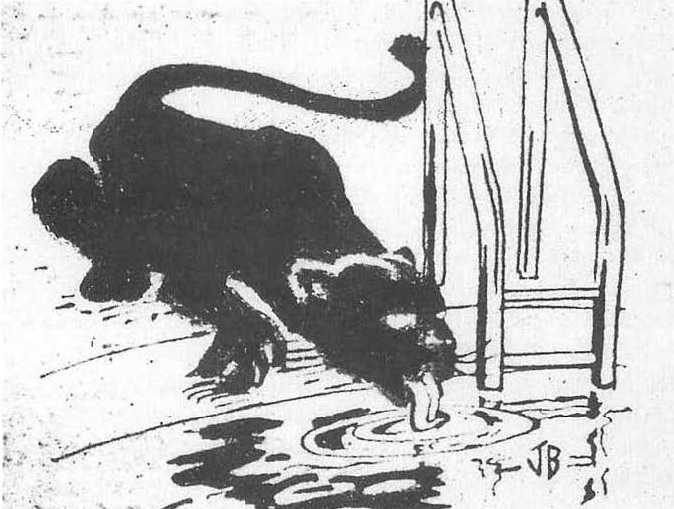 Seen in places they should not be, mysterious Black Panthers have been reported throughout eastern North America. (Loren Coleman)

Animals called “Black Panthers” are reported throughout the world, as mystery felids, when they are seen in locations which they are not normally said to inhabit. Technically, the known cats labeled black panthers that are seen in zoos, wildlife documentaries, and in their native habitat are actually black or melanistic leopards, or less frequently, black or melanistic jaguars.

To confuse matters even further, “panther” is a term synonymous with mountain lion, puma, cougar, or painter; all denote the same animal, a tawny (not a black) felid. No scientifically verified specimen of a black mountain lion is known to exist or is accepted by zoology.

Melanistic mystery cats seen in the wilds of North America, however, are often called, popularly, Black Panthers and have been sighted for decades. These big black cats may be an undiscovered group of felids, the Pleistocene’s Panthera atrox, which are intelligent, behave aggressively, have a taste for livestock, and avoid human beings when possible.

The atrox males may have manes, and the females sometimes, perhaps often, are black.

When a wild animal is reported as being in a location where that species should not be found, with no sign that anyone has let…

Harry R. Caldwell’s Blue Tiger caused a sensation when it was published in 1925, and seventy-five years later it has not entirely gone away. Caldwell,…

For centuries reports of a large mystery cat have come out of the Sierra Madre Occidental range in northwestern Mexico. The Aztecs, who called it…

The marozi (“spotted lion”), which has been given the scientific name Panthera leo maculatus, has been reported from the montane forests of East Africa. The…

Gary Mangiacopra, a New Englander with a master’s degree in biology, has been interested in doing archival cryptozoological investigations since he was a teen. Today…