Tycho Brahe (1546–1601) was a Danish astronomer and alchemist. Tycho Brahe is best known for his astronomical observations that led to the establishment of a correct model of the solar system. In Magic, he is known for a magical calendar of unlucky days, compiled from his astrological work for Holy Roman Emperor Rudolph II.

Brahe was born Tyge Brahe (Tycho is the Latinized form of his first name) to a noble family at Knutsstorps Castle in Skåne. By prior arrangement, his father had agreed to entrust Tycho to his brother, Tycho’s uncle, to be raised. But the father reneged, and later the uncle kidnapped Tycho.

The uncle wished Tycho to become a lawyer and sent him at age 13 to the University of Copenhagen to study law and philosophy. While there, Tycho witnessed a partial eclipse of the Sun, and became interested in predicting the motions of the planets. At the time, the Earth-centered model of the solar system endorsed by the Catholic Church was the prevailing view.

At 16, Tycho was sent to study law in Leipzig, but he became obsessed by astronomy instead. He invented equipment that helped him make more accurate observations of the planets and stars.

A quarrel with a student resulted in a fight in which part of Tycho’s nose was cut off with a rapier. He had a gold and silver piece made that he kept pasted over his ruined nose for the rest of his life; it became one of his unusual trademarks.

In 1570, Tycho returned to Denmark and continued his star gazing. In 1572, he observed a nova that enabled him to refi ne his system of astronomical measurements. His fame spread, and to keep him in Denmark, King Frederick II offered him an entire island, Hveen (Ven), where he could build an observatory and castle. The observatory was named Uraniborg (“Castle of the heavens”). Brahe entertained a constant stream of royal visitors and became rather arrogant, often abusing his tenants. King Frederick died in 1588, and his successor, Chritian IV, was not enamored with Brahe. Feeling the chill, Brahe gathered up his equipment, family, and servants and departed in 1597 to travel around Europe. In Prague, Emperor Rudolph II employed him at a handsome salary and offered him the castle of his choice.

Brahe was an adherent of astrology as well as astronomy and followed the medical astrology of Paracelsus. He believed in the correspondences between heavenly bodies and material things and advocated the study of astrology and alchemy together.

Brahe’s model of the solar system fell between Ptolemy and Copernicus, but had the Earth at its center. The astronomer Kepler went to Prague to study with Brahe and used his data to confirm a Sun-centered model for the solar system.

On October 13, 1601, Brahe dined with guests at the home of Baron Peter Vok von Rosenberg in Prague. There were numerous toasts of wine. Brahe, out of respect for his host, held his bladder to the point of pain, at which he had to go home. He contracted a severe bladder infection that led to his death on October 24. He was buried as a nobleman in Prague.

During the course of his astrological work for Rudolph II, Brahe compiled a list of extremely unlucky days—so unlucky that the best course of action would be to do nothing at all on those days.

The unlucky days are

Another calendar, The Magical Calendar of Tycho Brahe, is a document of magical and occult symbolism and correspondences, important in the Rosicrucian movement. The Magical Calendar of Tycho Brahe was designed by the engraver Theodor DeBry, who worked with Robert Fludd, Michael meier, and other alchemists. Eliphas Levi considered the calendar to be one of the most important occult documents of the 17th century.

Alchemical Manuscript by Ancient and Mystical Order of Rose Cross

The Secret Tradition in Alchemy: Its Development and Records – Arthur Edward Waite

The Tower of Alchemy: An Advanced Guide to the Great Work – David Goddard

The Forge and the Crucible: The Origins and Structures of Alchemy – Mircea Eliade

Inner Alchemy: Energy Work and the Magic of the Body – Taylor Ellwood

Alchemy :An Introduction to the Symbolism and the Psychology – Marie-Louise Von Franz

The Jewish Alchemists: A History and Source Book – Raphael Patai

Horoscopy is the art of casting horoscopes or divinations based upon the relative positions of heavenly bodies. It is often associated with horoscope, an important…

Sagan, Carl (1934–1996) During the late 1980s and the 1990s, American astronomer Carl Sagan was an outspoken skeptic in regard to the existence of extraterrestrials,… 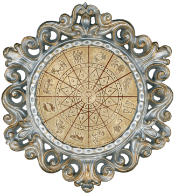 Astrology is an ancient system in which the positions of the planets and stars are used for prophecy and divination. Of all the occult arts,…