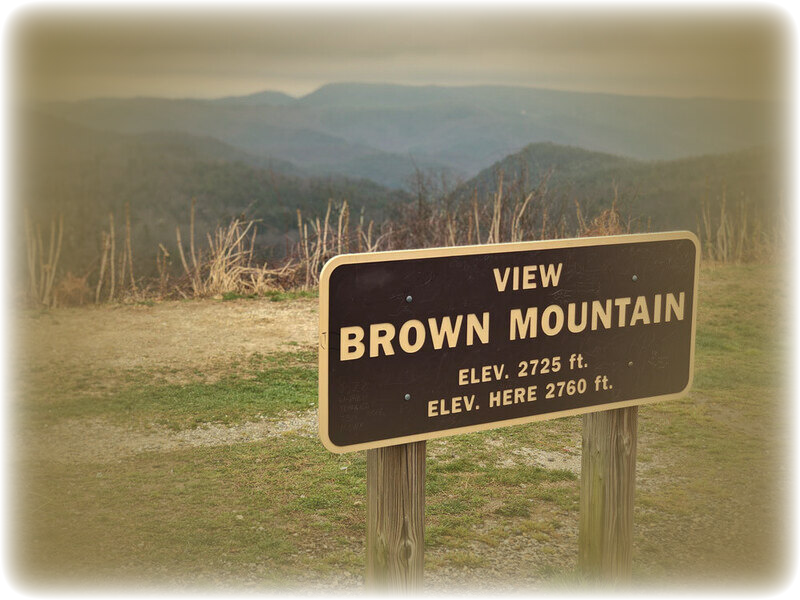 Beginning at least as early as September 1913, when newspapers first reported the phenomenon, people in the town of Brown Mountain, North Carolina, have been seeing strange lights in the sky. These lights have been described in various ways. Some witnesses report that the lights are intensely bright; others say they are soft and misty. Some say they are white, some yellow, and some red. Some report the lights are motionless, some say they hover or float in one place. The lights are said to move in one or more directions and to dip into ravines. In any case, the lights disappear as suddenly as they appear, leaving witnesses to puzzle over what they have seen. Researchers into the phenomenon have said that no single possible source, such as aeroplanes, trains, fires, or the refracted lights of a distant city, can account for all of the witnesses’ accounts. Consequently, some have speculated that the lights are caused by an unknown geological phenomenon, perhaps related to Earth’s magnetism, while others have said the lights are caused by alien spacecraft.

Also called the Marfa mystery lights, the Marfa lights are a nighttime phenomenon seen several times a year near Marfa, Texas, since at least 1883.…

Earthlights refers to mysterious lights, moving above the ground, that seem to occur naturally in some areas, such as along earthquake faults, where the Earth…

The term foo fighters is often used to refer to UFOs that are reported by pilots flying at night as being mysterious moving lights. The…