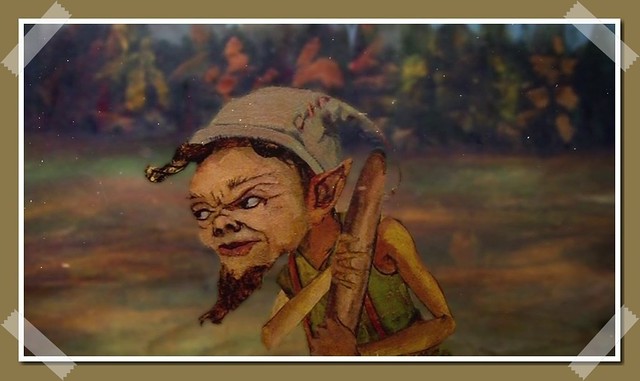 A Brownie is one of the most recognized types of Fairy. Brownies appear in the folklore of Scotland and England and are known as the bwca in Wales and the pixie or pisgie in Cornwall. Brownies are helpful beings who become attached to a family and will gladly do chores in the house and on the farm at night when people are sleeping. Brownies do not like to be offered payment for their services. According to lore, the brownie was named a servant of humankind in order to ease the weight of Adam’s curse and was to serve without payment.

Other lore holds that the brownie is too carefree and proud to accept compensation. It is expected and proper, however, to leave a bowl of cream and bits of good food out for the brownie to enjoy at his leisure. Failure to do so may cause the brownie to become mischievous and cause trouble for his human hosts. Brownies also become troublesome if they are criticized. When brownies can be seen, they appear as small men about 3 feet in height, dressed in ragged brown clothes, with brown faces and shaggy hair.

A complete guide to fairy lore from the Middle Ages to the present. Both an anthology of fairy tales and a reference work with essays…

A goblin is a small, hideous, and often mischievous or evil spirit. The prefix “hob” is sometimes used to denote “good” goblins. In French folklore,…

A fetch is in Irish and English folklore, the term for one’s Double, an apparition of a living person. The fetch is also called a…

Blue-cap (also Blue-bonnet) In the folklore of Britain, a mine spirit who assisted the miners and expected to be paid for his labors. Belief in…