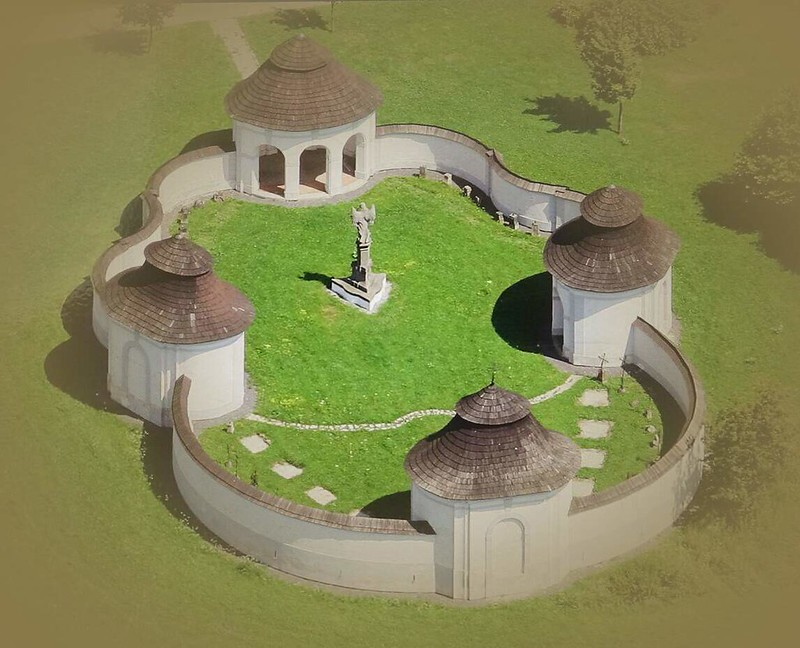 Should you be interested in legends about vampires then Dolni Cemetery in Zdar nad Sazavou is the place to be. In the 19th century, Alois Ulrich a local farmstead caretaker suffered from very strange illness. He died soon thereafter yet few days earlier he was seen on the bridge near the cemetery. Some even said he killed some farm worker.

Locals called for a hangman who ordered to dig into the grave. They found the body but without any traces of decay. The hangman called Ulrich by his name. The latter opened eyes and sat up. The undead laughed at any attempts to bring him back among the dead. The hangman cut his head off and poured poppy into his mouth. His body was then unslaked lime. Ulrich has never been seen since then.

Some mysteriologists say this happened due to architectonic features of the cemetery as the cemetery is built in the triangle shape –or the symbol of the Holy Trinity. The church’s ground plan resembles human skull. Together these two form a cabalist symbol of wholeness and the triumph of life over death.