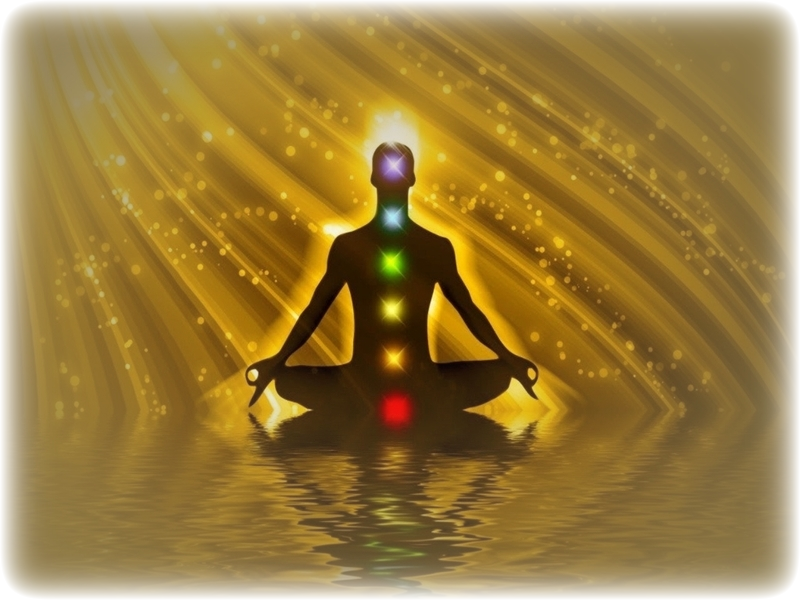 According to Eastern religious traditions, such as Hinduism and Tantric and Shaktic yoga, chakras are centers or spinning wheels (chakra means “wheel” in the ancient Indian language Sanskrit) of life energy located at various points in the human body that function as portals between the mind and the body. Each chakra is typically associated with specific behavioural traits, instincts, emotions, and other physical, psychological, and spiritual aspects of human existence as well as with a specific colour and element (earth, water, fire, air, ether, time, or space).

Chakras are believed to play a role in human health. Specifically, each of the seven major chakras, which are located along the spinal column, is associated with a different area of the body and its well-being. For example, the chakra in the throat is associated with the health of the throat, with speech, with self-expression, with the element of ether, and with the color blue. Believers in chakras might use massage, acupressure, acupuncture, crystals, or other tools or techniques to influence the energy levels of the chakras under the theory that the chakras must be in balance in order for a person to have optimum mental and physical health.

Many Western believers also think that the health of a chakra can be determined by the color of an aura, or band of radiant light, that emanates from it. Belief in, and the attempt to influence, chakras has become commonplace among adherents of the New Age movement, who generally shun modern medicine for being too impersonal and technological, embracing instead a variety of natural approaches to curing illnesses.

Your Beginner’s Guide to Understanding, Awakening and Balancing the Seven Chakras!!! Mudras for Chakras is all about educating you about the basics of the chakras…

When your chakras are in balance, you feel safe, creative, strong, and secure in yourself and in your relationships. However, at times in your life,…

Discover the ancient knowledge of chakra healing and restore balance to your mind, body, and spirit. Within all living beings are powerful centers of energy…

As portals between the physical and spiritual planes, the chakras offer unparalleled opportunities for growth, healing, and transformation. Anodea Judith’s classic introduction to the chakra…

What Science Is Only Beginning to Discover, Healers, Mystics and Sages Have Known for Centuries… The human aura. Science has verified its existence. Kirlian photography…