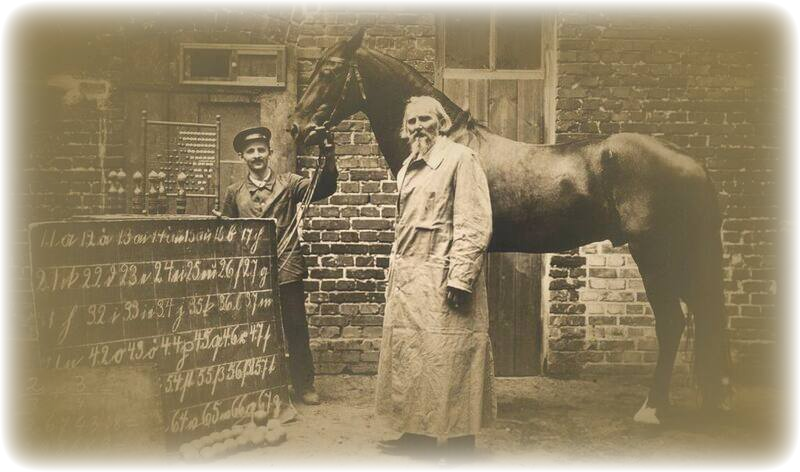 The phrase Clever Hans phenomenon refers to an experience that involved a horse named der Kluge Hans, which is German for “the Clever Hans.” At the beginning of the twentieth century, a man known as Wilhelm von Osten claimed that his horse could count and could use a number code to answer simple questions related to spelling, reading, and music by tapping its hoof. Public exhibitions of the animal’s abilities seemed to support this claim. Whether von Osten or someone else asked the horse questions, it almost always provided the right answer.

Eventually a group of scientists joined together to study the phenomenon, and when they were unable to reach a conclusion, they asked psychologist Oskar Pfungst to take over their work. Pfungst then devised a series of tests that revealed the true nature of Clever Hans’s talent. These tests showed that if none of the people present knew the answer to the question posed to Clever Hans, the horse did not know the answer either. In 1907, after further study, Pfungst concluded that Clever Hans was in fact getting his answers from subtle cues given unintentionally by the questioners.

For example, a questioner’s facial expression might change as the horse approached the right number of hoof taps. Such changes were extremely subtle, but Clever Hans was nonetheless adept at picking up on them. In fact, the horse was able to notice a head movement as small as one-fifth of a millimetre. There is no evidence that his owner was aware of Hans’s amazing powers of observation before making his claims about the horse’s abilities. (In fact, the owner was so distressed over the horse’s “deception” that he sold the animal shortly after he learned the truth.) Pfungst later found that some people are also able to pick up on similar cues, a fact that is taken seriously by psychologists designing tests aimed at measuring psychic abilities.

In such tests, safeguards are typically put into place to make sure that research subjects who seem to be answering questions through telepathy or other forms of extrasensory perception are not actually exhibiting the Clever Hans phenomenon.

In the 1920s a horse named Lady Wonder became famous for supposedly being able to read minds, providing information about her “readings” via a special…

Much anecdotal evidence exists to suggest that animals have ESP (extrasensory perception), also known as animal psi or anpsi. For example, there are many tales…

Developed in 1971 by parapsychologist Charles Honorton, ganzfeld studies are extrasensory perception (ESP) tests (usually of telepathy) conducted with a subject who has been placed…

Paranormal expert Hanz Holzer investigates some of the most famous poltergeists in history Poltergeist is a German term that translates simply to “noisy ghost.” One…

Holzer, Hans (1920– ) Dr. Hans Holzer is one of the foremost ghost hunters of the modern era. He has visited reportedly haunted sites throughout…