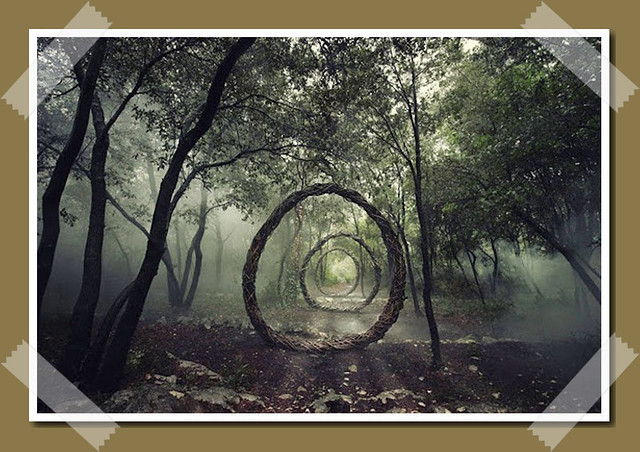 Cold Spots and Spirit Portals : A sudden and unexplained drop in temperature that occurs in an area where poltergeist activity, a haunting, or a spirit visitation is taking place is known as a “cold spot.” Certain psychic-sensitive individuals are often able to feel cold spots in cemeteries (particularly at gravesides), morgues, and other places where death is present.

In many haunted houses there is one room or area— often the site of a tragic death, murder, or suicide—where the temperature is lower, and electro-magnetic readings are higher, than in other parts of the dwelling. This is commonly referred to as “the heart of the house,” and in many cases will prove to be the location of most or all of the phenomena, such as poltergeist activity and/or spirit manifestations, which occur within the place.

Some people believe that cold spots indicate the locations of spirit portals, or invisible doorways between our world and the spiritual dimension, through which the spirits can pass in and out. Many also believe that working with Ouija boards (or similar devices) or holding Séances to contact spirits of the deceased can create, or unlock if you will, such a door through which the summoned spirit enters and leaves our plane of existence.

Normally, after communication with the spirit is ended and the departing entity returns to its own world, the spirit portal closes behind it. However, in some instances the portal remains open. When this happens, there is typically an increase in ghost activity in the house or area. The only ways to close these spirit portals is through prayer or spell. I once observed an acquaintance of mine—a modern day Druid—close a number of spirit portals by placing the palm of one of his hands against each cold spot and then slowly turning it counter-clockwise while visualizing it being sealed up.

It was an interesting technique that I had never before seen applied, but it seemed to work rather effectively.

A Witch's Guide to Ghosts and the Supernatural By Gerina Dunwich