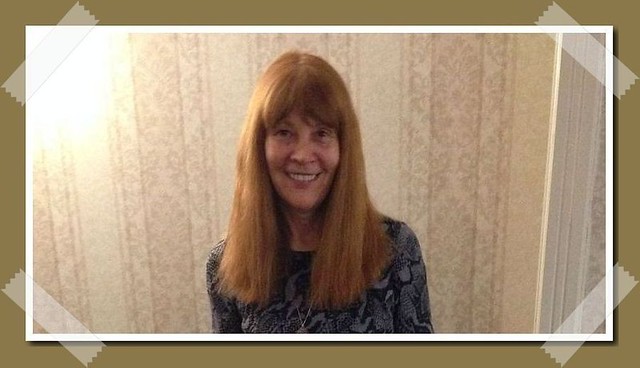 Vivianne Crowley is a prominent Wiccan, best-selling author, psychologist and university lecturer, whose work has helped to build bridges between Wicca and Paganism and mainstream religions and society.

Vivianne Crowley is Irish but was raised mainly in the New Forest area of England where Gerald B. Gardner has his beginnings in Witchcraft. She was educated at state, Catholic and Protestant schools, which opened her to different spiritual traditions. Her mother had strong psychic abilities, including precognitive dreams, and this helped to make Crowley aware at a young age that there is more to the world than meets the five senses.

As she played in the New Forest, she attuned to the intelligences of nature, the energy of trees and the spirit of the land; the world emerged as a magical place. Occasionally she would come across the evidence of a ritual, such as the place where a Witches' circle had been cast. By age eight, she was testing her abilities in practical magic, starting with a rain-making spell cast with friends, and which did produce rain. She taught herself how to read cards and gave readings to fellow students on the school bus.

By age 11, Crowley had learned about covens and Witchcraft from the media and decided to form her own coven at her all-girls school. She formulated her own initiation rite after modern rites she had seen in photographs. Representing Goddess, she stood with her legs apart and had initiates pass through to be reborn. Her coven eventually was brought to a halt by school officials, not because they were a “coven” of “witches” (the term never was mentioned), but because nearby residents complained of the noise they made.

Crowley was about 14 when she decided that she wanted to take a formal initiation as a Witch. Up to then, she had not seen Witchcraft as a spiritual path or religion, but as a way of practical magic — a craft. Publicity surrounding Alex Sanders and his wife Maxine, founders of the Alexandrian tradition, changed her perspective. She began to see Witchcraft as a spiritual tradition, one in which women could play a prominent role. However, the Sanders' coven informed her that she had to be 18 to be initiated.

Crowley waited, and upon turning 18 was initiated into the Sanders' coven in London. The coven underwent major changes after the Sanderses separated in 1973 and Alex moved to the south coast of England. Crowley left and joined a Gardnerian coven.

Crowley met her future husband, Chris, who was not involved in Wicca but through Crowley became interested and was initiated. They married in 1979 and established their own coven, which they have maintained to the present. Numerous covens have hived off, and the Crowleys have helped many individuals in Britain, Continental Eu- rope and North America to start their own covens.

Professionally, Crowley is a psychologist who lectures in the psychology of religion at King's College, University of London, and is adjunct professor at the Union Institute in Cincinnati, Ohio. She also works in management consulting, plus some counseling. She describes herself as Jungian oriented but with an eclectic approach, including transpersonal psychology. She holds a bachelor's degree and Ph.D. in psychology from the University of London.

In 1988, the Crowleys formed the Wicca Study Group in London as a way of introducing interested people to the Craft. At the time, there were few venues for the public teaching of Witchcraft. Vivianne also began teaching in Germany, following up on work done there by Sanders. The success of the Wiccan Study group led the Crowleys to expand their teaching to other countries.

Also in 1988, the Crowleys became involved in the Pagan Federation, she as secretary and he as treasurer and then president. Crowley also served for a time as the federation's interfaith coordinator, and as the U.K. coordinator of Pagan chaplaincy services for prisons. Both helped to develop the federation's system of democratic elections. They have served on the council since 1991.

In 1989, Crowley entered a larger public spotlight with the publication of her book Wicca: The Old Religion in the New Age. A best-seller, the book was revised and updated in 1996 as Wicca: The Old Religion in the New Millennium. Like Starhawk's The Spiral Dance, Crowley's Wicca has provided a clear and appealing introduction to Wicca as a spiritual tradition that facilitates personal growth, creativity and integration.

Crowley's spiritual perspective is as a panentheist, seeing the divine at the essential force present in the universe that is both transcendent and immanent. Her interests lie more in worshipping the gods and in achieving spiritual growth than in magical spellcraft. Wicca is a mystery religion oriented toward personal wholeness.

Crowley has been instrumental in the establishment of networking and peer group support for Wiccans and Pagans in Britain and Europe. In addition, one of her most significant contributions is her ability to bridge these traditions to other areas: religions, academia, psychology and popular culture, establishing the common multicultural, disciplinary and spiritual ground. She has been a prime spokesperson as Wicca and Paganism have become the subjects of serious academic and interfaith study.

Crowley's other books are: Phoenix from the Flame: Pagan Spirituality in the Western World (1994), Principles of Paganism (1996), Principles of Wicca (1997), Principles of Jungian Spirituality (1998), Celtic Wisdom: Seasonal Festivals and Rituals (1998), A Woman's Guide to the Earth Traditions (2001) and The Magical Life: A Wiccan Priestess Shares Her Secrets (2003). With Chris, she coauthored Free Your Creative Spirit (2001) and Your Dark Side (2001). In addition, she has published numerous articles and essays and has contributed to anthologies on Paganism and Wicca.

Sanders, Alex (1926–1988) Self-proclaimed “king of the Witches” in his native England, Alex Sanders rose to fame in the 1960s, founding a major tradition bearing…

An insider’s look at the history of Witchcraft The evolution of Wicca is as dynamic and colourful as the Witches who helped shape it. One…