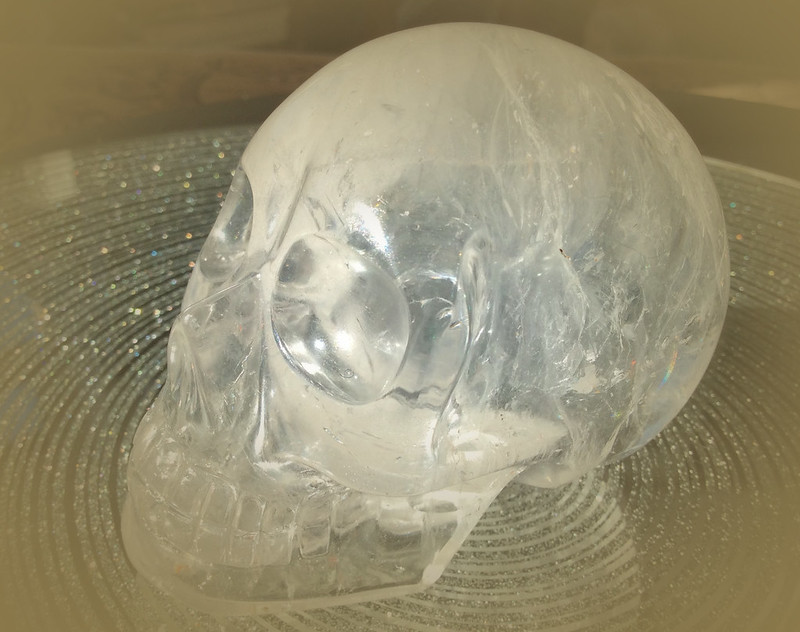 The Origins of the Crystal Skulls

Few of South America’s mysterious artefacts have generated as much interest as the legendary crystal skulls. In all, thirteen of these skulls have been discovered, each carved from various types of quartz crystal including clear quartz, amethyst, smoky quartz and rose quartz and each now bearing its own name.

Most of the skulls were discovered within or near ancient ruins in Mexico or South America suggesting that they formed an integral part of the belief system of the indigenous cultures such as the Maya and the Aztecs.

The Mayans are most often associated with these skulls, although some commentators have expressed doubt that they possessed the technical abilities to make the skulls. One school of thought points to the Aztecs as a more likely candidate to have created them.

Skull imagery figures prominently in Aztec art and religious symbols, far more so than that of the Maya. Archaeologists also argue that the Aztecs were more highly skilled in sculpting with crystals. It could be that the skulls found in Mayan ruins are actually displaced Aztec relics or it could be that both cultures shared a common need for the mysterious objects.

In fairness, there is much claim and counter claim surrounding the crystal skulls. In fact experts disagree so widely as to the authenticity and purpose of these amazing artifacts that their ages are estimated as being anything from a hundred years old to a hundred thousand years old. Likewise their origins are hotly debated with some claiming that they are genuine Mesoamerican artifacts, while others assert they are nothing but nineteenth or twentieth century fakes. Yet more people are convinced that these skulls are evidence of extraterrestrial interaction with humanity or are relics from lost civilizations such as Atlantis, Lemuria or even from the inner earth. It seems the more we investigate these skulls, the more the mystery deepens.

The Skull of Doom

The most famous and possibly the most controversial of the crystal skulls is the Mitchell Hedges skull, rather dramatically nicknamed ‘The Skull of Doom’. This beautiful clear quartz skull was allegedly discovered amongst Mayan ruins in Belize, in 1924 by the daughter of British explorer F.A Mitchell Hedges. There is some dispute over exactly how the skull came to be in Mitchell Hedges’ possession, one claim being that rather than finding the skull in the ruins of a Mayan temple, Mitchell Hedges actually bought the skull in an auction at Sotheby in 1943 for £400.

Whilst there is some dispute as to how Mitchell Hedges came by the skull, the unique nature of the skull and quality of the workmanship is undisputed and it is this, rather than how the skull came into the public arena that the real mystery rightly focuses on. The skull weighs 11.7 pounds and measures about five inches in height and seven inches in length. It is anatomically very similar to a human skull featuring a fitted and removable jawbone and rendering without superciliary ridges (the ridges above the eye socket). This fact, along with its size, has led to the Mitchell Hedges skull as being thought of as female, which is itself highly unusual as most skulls are assumed to be males. According to F.A Mitchell Hedges, the mandible was discovered separately to the cranium but both are believed to have been carved from one huge quartz crystal.

The skull’s refractory properties are equally amazing and suggest that the skull would have been intended to be used in conjunction with a light source of some description. The zygomatic arches which extend along the front and sides of the cranium are accurately separated from the skull and use principles similar to modern optics, to channel light from the base of the skull to the eye sockets.

The eye sockets in turn are miniature concave lenses that also serve to transfer light into the upper cranium. Finally, in the interior of the skull, is a ribbon prism and tiny light tunnels, by which objects held beneath the skull are magnified and brightened.

In the 1970’s, the skull underwent a series of exhaustive tests at the Hewlett-Packard laboratories under the supervision of art restorer Frank Dorland. One of the findings of the investigation was that the skull had been carved against the natural axis of the crystal. Modern crystal sculptors always take into account the axis, or orientation of the crystal’s molecular symmetry, because carving against the natural axis causes crystals to shatter. There was also a complete absence of microscopic scratches on the surface of the quartz crystal, suggesting that metal tools had not been used to carve it. In some respects this is not surprising as the skull has a specific gravity of 2.65, and like most quartz crystals is a 7 using Mohs hardness scale, making it one of the hardest crystals there is. Dorland’s best hypothesis for the skull’s construction is that it was roughly hewn out with diamonds, and then the detailed work was meticulously carried out using a gentle solution of silicon sand and water. The problem with this theory is that it would have taken about 300 years of painstaking work for a craftsman to achieve that kind of flawless finish.

The Shadow of Doubt

That’s not to say that all investigation into the authenticity of the crystal skulls has yielded quite so favourable findings. In 1996, the BBC in conjunction with the British Museum and the Smithsonian Institute conducted a series of tests using electron microscopes to examine several of the thirteen skulls. This examination determined that several of them were fakes, including the museum’s own exhibits. Crucially the Mitchell Hedges skull, without doubt the finest example of all the skulls was not tested, as by that time, eighty-eight year old Anna Mitchell Hedges had grown weary of the controversy that followed the skull throughout her life and declined to participate in the tests, stating that the skull had been tested enough. In some ways the absence of the Mitchell Hedges skull from the tests is a missed opportunity for those who believe it is authentic. While the tests revealed that several skulls were nineteenth century fakes, they also revealed that others had been crafted using techniques dating back at least five thousand years. None of these skulls came close to the craftsmanship of the Mitchell Hedges skull.

If the Mitchell Hedges skull and some of the other crystal skulls are genuine, then we need to consider what their purpose might have been. Commentators tend to agree that the most likely use for these amazing artifacts would have been as part of Shamanic rituals conducted by the priests in their worship and communication with the gods.

Richard Noll in his essay, ‘The Presence of Spirits in Magic and Madness’ states that:

‘Humankind has traditionally consulted extra-mundane entities for expanded knowledge and empowerment, for they are traditionally considered “sources of wisdom” that are transpersonal and able to convey crucial information beyond the normal constraints of space and time …The practitioner usually initiates dialogues with spiritual entities by first inducing an altered state of consciousness, which allows these “invisible guests” to be seen and heard.’

It is easy to see how these crystal skulls; physical copies of the human mind could be considered a means for the priest to connect with or tap into sources of higher wisdom. The skulls may well have offered symbolic potential for transformation on many levels. For the Shaman or priest, the skull represented the vehicle through which they could transcend the limitations of the physical world. On a day to day level, this vehicle offered a means through which the fortunes of the people could be influenced, or to encourage desired changes in the physical environment such as changes in weather patterns or harvests.

It is interesting to consider the connection between the crystal skulls and the well documented acoustic qualities of the Mayan temples. El Castillo, the pyramid at Chichen Itza, has acoustical properties that are too effective to be accidental. A person standing at the top of the pyramid can speak in a normal voice and be heard clearly by people at ground level. This would have been an effective tool for priests performing rituals, as anyone standing at the base would have heard them perfectly as they participated in their ceremonies. While sounds from the top carry downward at a normal tone, a shout at the bottom of the pyramid becomes a piercing shriek when echoed. The pyramid at another Mayan site, Tikal, is said to have the same acoustic properties. Whilst Chichen Itza is Mayan not Aztec in origin, it’s interesting to note that the Mesoamerican cultures did posses awareness of the science of sound; the Aztec language itself had a phonetic element to it.

Dedicated rituals would have been used to empower or activate a skull, by intoning magical incantations in special ceremonies. This process of using what are effectively sonic frequencies or tones as a means of activating magical tools is a practice that has been used for thousands of years by many different cultures. The intention may have been to use the properties of sound to connect the shaman to the universal energies through the skull, enabling him to interact with other realms. Sceptics of course dismiss this as nothing more than superstition; however quartz crystal is widely regarded as having memory and thus being programmable. We know through experience that this is true; quartz certainly has proven ability to act as a conductor – which is why most watches are quartz watches; however scientific research has Demonstrated that this might just be the tip of the iceberg.

Marcel Vogel, the Nobel prize-winning scientist and one of the early pioneers of silicon chip technology conducted extensive studies on the measurement of energy fields around crystals. He also carried out some interesting research for IBM which Demonstrated that crystals could not only be programmed electronically as silicon chips are, but could be programmed by using nothing more than thought.

Whether a quartz skull could be used as a medium to interact with other levels of existence is, of course, debatable, but is not beyond possibility. The natural qualities of quartz have been repeatedly Demonstrated by both science and metaphysics. Healers and psychics have traditionally valued quartz for its clarity and metaphysical powers. We know too that string theory and quantum physics point to the existence of multiple dimensions besides our own. This gives some credence to the theory that these skulls may have been programmed to interact with the human consciousness in some way.

Under the circumstances, to dismiss the possibilities surrounding skulls without serious investigation would seem an unwise and unscientific course of action.

One researcher has suggested that scenes from the Codex Nuttall depicting the points of the compass and its magnetic axis being used in ceremonies involving skulls points to the priests or shaman charging and magnetising the skull. If this theory is correct, given that Vogel’s research validates the programmability of quartz, this could Demonstrate the intention of the priests to program the skull with what is essentially a magnetic field that generates an artificial intelligence system.

The Involvement of Extraterrestrial Intelligence

Investigation has revealed that both the Mitchell Hedges skull and the Amethyst skull were crafted with amazing precision. Another explanation for this is that the skulls could be the remnant of an anatomical model used by an alien race who was studying mankind, possibly even manipulating our DNA. This has caused some researchers to speculate that the skulls may be some kind of ‘calling card’ left by the extraterrestrial race that became the gods that the ancients worshipped. 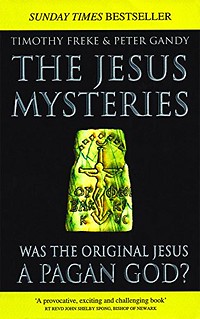 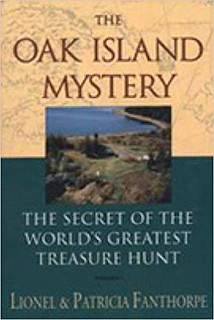 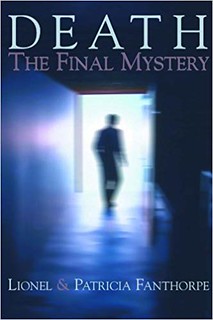 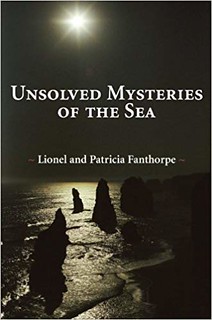