Daeva (daiva, deva, dev) is in Zoroastrianism, a powerful Demon. The daevas are the principals of the infernal hordes and are the counterparts and mirror opposites of the amesha spentas, good spirits. They personify all diseases, sins, and distresses suffered by humanity. Most of the daevas are male.

In the Gathas, the oldest Zoroastrian texts, the daevas are wrong or false gods, or “gods that are (to be) rejected.” In the Younger Avesta, the daevas are vile beings who create chaos and disorder. In later tradition and folklore, they personify all evils imaginable.

The daevas were created from the evil thoughts of Ahriman for the purpose of waging war against goodness and humanity. Though spirits, they can appear in human form. Evil men also are called daevas. When the prophet Zoroaster was born, the daevas went into hiding beneath the earth. They lurk about, ready to attack the vulnerable. They are attracted to unclean places and like to spend time in locations where corpses are exposed.
The daevas originate in the north, the direction of evil. Their gateway to Hell is Mount Arezura, named after a son of Ahriman who was slain by Gayomart. There are hordes of daevas; little is known about most of them. The most powerful are known by names, along with some of their powers and characteristics. According to Plutarch, the creator God Ohrmazd made 24 gods and placed them in the cosmic egg. Ahriman made 24 daevas to penetrate the egg so that evil could mix with good. In later Zoroastrian texts, the numbers of daevas are Legion.

The wicked who follow the daevas are condemned to go to the place of Worst Thought in the afterlife, the same designation given to DRUJ. The most fearsome of the daevas is AESHMA, who is comparable to Asmodeus.

Fallen Angels and the Origins of Evil – Elizabeth Clare Phophet

Demons of Magick : Three Practical Rituals For Working With The 72 Demons – Gordon Winterfield

Azazel: Steal Fire from the Gods

The book of the Sacred Magic of Abramelin the Mage – S. L. MacGregor Mathers

The False Prophet Azazel – John of the Gentiles

Ahura : The Shining Ones The Ahuras are a class of spirits, first venerated by the Magi. In the context of Zoroastrianism, the Ahuras are…

In Zoroastrianism, Aeshma is the demon of wrath, rage, and fury. Aeshma’s epithet is “of the bloody mace.” He is the fiercest of demons and… 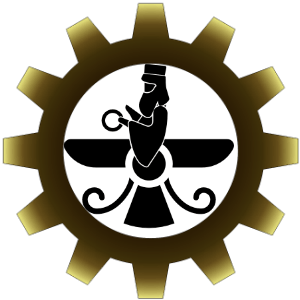 Zoroastrianism Religion of ancient Persia based on the teachings of the prophet Zarasthustra (Zoroaster in Greek). Zoroastrianism influenced the development of Western angelologies and Demonologies.…

Az (Azi) is in Zoroastrianism, the Demon of avarice, gluttony, insatiability, and lust. Az is often paired with NIYAZ (want) and is featured also in…

From Michael W. Ford Ahriman [Avestan/Pahlavi] – The Prince of Darkness in Zoroastrian Religion. Ahriman is considered one brother created by Zurvan and was the…