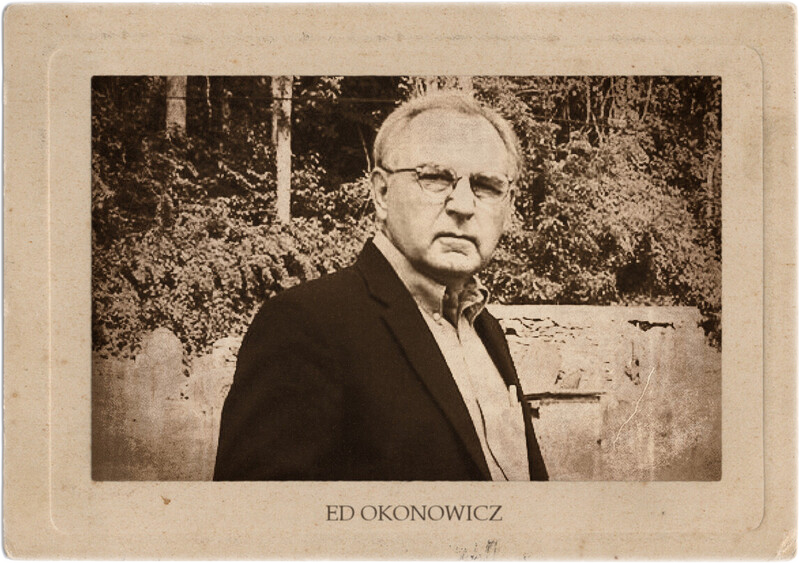 Ed Okonowicz is a Professional storyteller and author of numerous books on Ghosts and Hauntings, especially in the Mid-Atlantic region of the United States. Ed Okonowicz is also known for his collections of bizarre stories on Possessed Possessions, about objects that cause supernatural problems.

Okonowicz has written 24 books, including biographies, oral history and short story collections about Mid- Atlantic ghost stories, legends, and folklore. He also has written two murder mysteries set in the fictional state of DelMarVa. He is the recipient of several awards for his presentations and books, among them a National Paranormal Award for Best Speaker at the Eastern Regional Paranormal Conference in Baltimore, Maryland, in 2004, sponsored by Maryland Paranormal Investigators Coalition.

In 1994, Okonowicz and his wife, Kathleen, formed Myst and Lace Publishers, Inc., in response to his ongoing collecting of local ghost lore. Okonowicz collected enough material to put together an initial nine volumes of stories. Myst and Lace, based in Elkton, Maryland, has published those and his other books, as well as books on local history and folklore.

Other notable ghost and haunting titles by Okonowicz are Possessed Possessions (1996) and Possessed Possessions 2 (1998); Ghosts (2001); Baltimore Ghosts: History, Mystery, Legends and Lore (2004); and Civil War Ghosts at Fort Delaware (2006). In 2005, Okonowicz appeared in The Learning Channel’s special, Possessed Possessions, named after the title of his book, along with Joshua P. Warren and James van Praagh. The show styled itself as a haunted Antiques Roadshow, in which people brought their problematic possessions to the experts for help and cleansing.

Possessed possessions are objects that seem to have spirit attachments that create problems for the owners of the objects. Possessed possessions can be any object: clothing, jewelry, furniture, household goods, machines, artwork, religious items, photographs, stones, other natural objects, and so forth.

Mark Nesbitt (1949– ) is a Paranormal investigator and author and the recognized leading expert on Ghosts and Hauntings in Gettysburg Battlefield and environs. Mark…