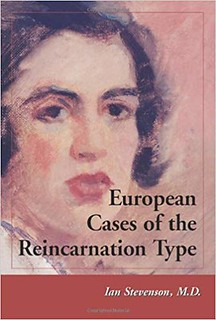 Many cultures accept that a person may die and then come back to life in another form, but Westerners have traditionally rejected the idea. Recently, however, surveys conducted in Europe indicate a substantial increase in the number of Europeans who believe in reincarnation, and numerous claims of reincarnation have been reported.

This book examines particular cases in Europe that are suggestive of reincarnation.

The first section provides a brief history of the belief in reincarnation among Europeans.

The second section considers eight cases from the first third of the twentieth century that were not independently investigated, but were reported and sometimes published by the persons concerned.

In the fourth section, the author compares European cases suggestive of reincarnation with those of other countries and cultures.

This is the revised edition of Dr. Stevenson’s 1987 book, summarizing for general readers almost forty years of experience in the study of children who…

Can anyone speak a language he or she has not learned normally, in childhood or later? Claims to have accomplished this are made from time…

Believers in reincarnation say that after people die, they are reborn in a new body. This occurs, believers say, whether or not someone remembers having…