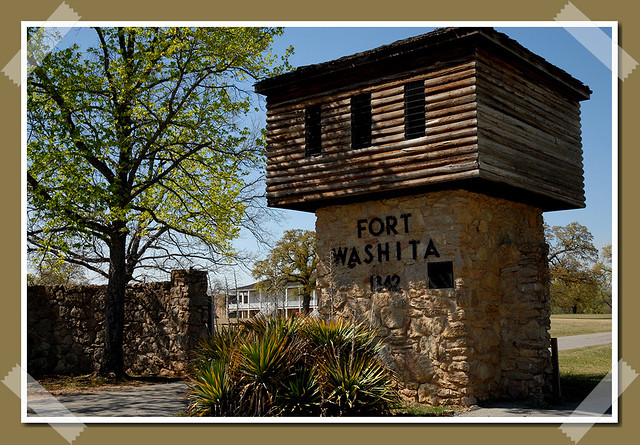 Established in 1842, Fort Washita was once the western-most front on the American frontier. The fort was initially used to keep the peace between the resident Plains Indians and the Native Americans who were coming into the area via the Trail of Tears.

It served as a Union fort at the beginning of the Civil War, but the order was given to quickly abandon the site in order to defend other more prominent forts. The Confederate Army moved in, and it became a major base of operations almost overnight.

For this reason, the fort has both a Union and a Confederate cemetery on opposite ends of the site. Beyond the many accounts of hauntings by the fallen soldiers, the fort also holds the legend of “Aunt Jane,” the headless woman who has been seen wandering about.

Some say she was beheaded and robbed for the gold she was known to carry. Others say that she was beheaded one night after she was discovered having an affair at a nearby encampment. Still others believe the story was only a ghost story concocted by the soldiers during campfire ghost stories.

The Oklahoma City Ghost Club had the privilege of an overnight investigation at this site. The first phenomenon that was noted was the lower torso of what appeared to be a woman in a white gown floating across the road within the fort. Witnessed by four investigators, the image disappeared as one investigator ran toward the anomaly to get a closer look.

Throughout the night, other phenomena were also experienced, such as vibrating stairs at the barracks, as if people were walking down. Drums were heard in the distance, a bugle was heard at exactly 10 p.m., and unusual electrosensor and trifield meter activations and readings were noted in and near the front of the south barracks.

Fort Fisher is widely known for its role as the protector of last trade stronghold of the South during the Civil War. Wilmington was the…

Fort Delaware is located along the Delaware Bay, one mile east of Delaware City. It is also know by locals as Pea Patch Island because…

Fort Monroe, an irregular hexagonshaped stone fortress that is completely surrounded by a moat, is located in Hampton, Virginia, on a spit of land called…

Bhangarh Fort, Rajasthan, India Image: Famous Places This 17th century fort is nicknamed India’s most haunted location. One of the legends speaks of a forsaken…