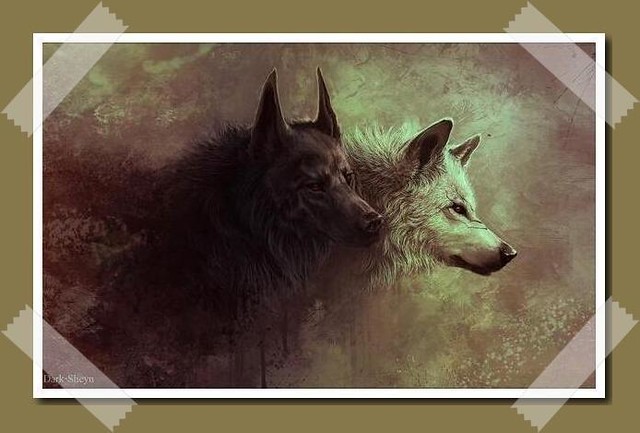 Freki and Geri (greedy and ravenous) In Norse mythology, two wolves who sit by Odin,
chief of the gods, when he feasts. Odin gives them all of the food set before him and drinks only wine, since food and wine are the same to the god. They appear in the Poetic Edda and the Prose Edda

Back to Norse Mythology