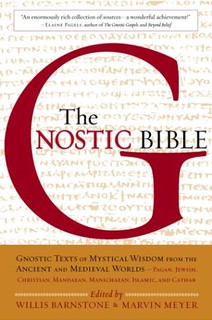 Gnosticism was a wide-ranging religious movement of the first millennium CE with earlier antecedents and later flourishings “whose adherents sought salvation through knowledge and personal religious experience.

Gnostic writings offer striking perspectives on both early Christian and non-Christian thought. For example, some gnostic texts suggest that god should be celebrated as both mother and father, and the self-knowledge is the supreme path to the divine.

Only in the past fifty years has it become clear how far the gnostic influence spread in ancient and medieval religions and what a marvelous body of scriptures it produced.

The Shekinah is the manifestation of the Wisdom Goddess of the Kabbalah,the Old Testament and Merkavah Mysticism. She encompasses the primordial light of creation, the…

The Corpus Hermeticum is a collection of spiritual texts attributed to the legendary Hermes Trismegistus that expand on the teaching contained in the Emerald Tablet.…

Gnosticism is the name given to various religious schools that proliferated in the first centuries after Christ, nearly becoming the dominant form of Christianity, but…

Samael Aun Weor, founder of the International Gnostic Movement and author of sixty books, lived for many years in close contact with the mysterious natives…