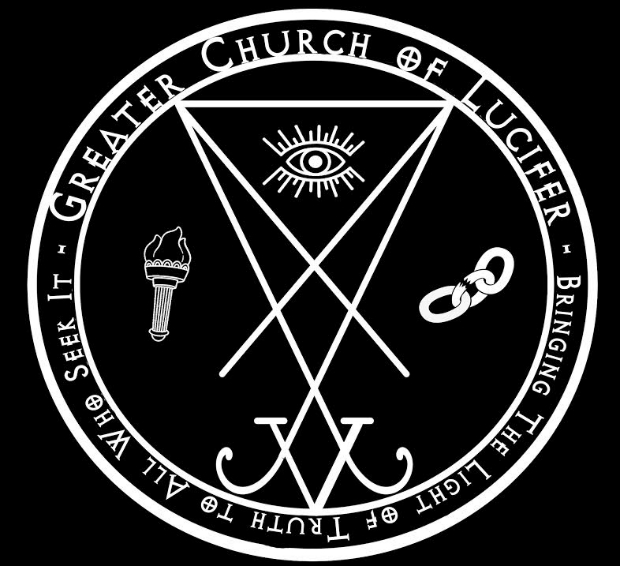 Welcome to the New Luciferian Era

Written By Jacob No, Jeremy Crow and Michael W. Ford

Before we begin we must expand upon what a Luciferian is without the bias of conspiracy theory and mono-theistic dogma.

The word Lucifer is used literally and not changed to fit the modern folklore built up around Christian ideology. Lucifer is a word that means “Bringer of Light” and is used to describe the phenomenon known as “The Morning Star.” Since time immemorial Light has been used as a symbol for knowledge and awareness. These most basic concepts can be used to build up an entire philosophy from first principles. One can become a Bringer of Light to all around them and thereby act as a Lucifer in the world.

Luciferians do not worship “the devil”, Satan or any external god. If anything, it could be said that Luciferians practically worship Knowledge itself, although it would be more accurate to say that we venerate Knowledge. We seek to evolve Knowledge into Wisdom via practical experience. To apply Knowledge into useful experience allows a practical understanding which increases our subjective feeling of Power (control over our immediate environment or life).

A deep understanding of the natural world and of the self brings the power to change the world, for better or worse. It is imperative that we use this power for the progression of our species and indeed all sentient life in the multiverse. We seek the full progression of humanity so that our species can free itself from the mental slavery that has bound us for thousands of years. These mental shackles have been institutionalized through the dogmatic religions and nationalistic ideologies of the world.

These institutions and rigid patterns of thought are destined to fall into obscurity. Although this process can be slowed down, it cannot be stopped. The status quo is pushing harder than ever to keep things from changing because they see more and more individuals reclaiming their individual freedoms and personal power. The old mainstream is dying and we are here to usher in the genuine New Age.

With this simple understanding we can now introduce the New Luciferian Era (NLE).

In ancient times the Mayan culture developed a calendar so accurate that it rivals our modern calendar. Our current Gregorian calendar is entirely based on the solar cycle, whereas the Mayan calendar incorporated several celestial cycles into their calculations. We have all heard about the propaganda and fear around the apocalyptic events that were supposed to happen at the end of the Mayan Long Count Calendar, the popular date of which was given as December 21st, 2012 CE. Many even claimed that this date would mark The End of the World. In a very real sense, the world did end and a new aeon of enlightenment has risen to take its place. The day after the End of the World marks the start of Year Zero of the New Luciferian Era.

The entire calendar describes a “Great Year” of roughly 28,000 years. This value is not arbitrary. It is based on one complete “wobble” of the Earth around the tilt of its North-South axis. This natural cycle has been observed by more than one ancient civilization and has been verified by modern science. Just as we divide a common solar year into twelve sections, each ruled by one of the signs of the Zodiac, this Mayan Great Year can be divided up into twelve Ages, again with each ruled by a sign of the Zodiac. Each of these Zodiacal Ages can be considered a “Great Month” of roughly 2300 years each. The transition from one Great Month to another is referred to as the Precession of the Equinoxes.

It is important to note that the NLE describes the beginning of a new Great Year and not simply the transition to a new Great Month. However, it is difficult to conceptualize the shift taking place between the previous twenty-eight thousand years to the new twenty-eight thousand year period unfolding before us. Therefore it is valuable to dig down and examine the more immediate changes as described by multiple sources.

At this time we are in the transition from the Age of Pisces to the Age of Aquarius. The sign of Pisces is represented by the fish and its Age correlates primarily with the reign of Christ. The association between the Age of Pisces and Christianity has been explored by others in depth. For our purposes it is of interest to contemplate the following words of Christ as written in the Book of Matthew (NIV) chapter 28 verses 19-20:

“Therefore go and make disciples of all nations, baptizing them in the name of the Father and of the Son and of the Holy Spirit, and teaching them to obey everything I have commanded you. And surely I am with you always, to the very End of the Age.”

Interpreted from an esoteric perspective, Christ and his teachings are intended for those living in the Age of Pisces and a new revelation will set the stage for the Age of Aquarius. Indeed, the prophetic Book of Revelation gives a symbolic account of the personal and collective transformation that would occur and is currently occurring now that the End of the Age has arrived. The great divide between Spirit and Matter would be resolved, the Resurrected Christ (self-described as the Morning Star or Lucifer) would no longer be seen as external and the contents of the unconscious would be open to examination by the conscious mind.

There are numerous symbolic indicators of this process within the Christian scriptures if you are so inclined to explore this avenue further. Suffice it to say, this Great Shift is a consistent theme found throughout many religious and spiritual traditions around the world, not to mention relevant celestial phenomenon.

The Hindu tradition also teaches that there is a large cycle broken up into smaller sections. The Hindu version of the Great Year is called the Maha Yuga. In that system, the final Great Month before the end of the Maha Yuga is attributed to the goddess of chaos and destruction, Kali. If you have encountered this before, you may know that we are said to be currently in this “Kali Yuga” which culminates in the end of the world as we know it, followed by a new “Golden Age” of sorts. The actual timeline is in dispute but some individuals have understandably connected this idea to the end of the Mayan Long Count calendar at December 21, 2012 CE.

In the modern occult community one of the influential historical figures is Aleister Crowley (1875-1947 CE). He founded the religion of Thelema which describes a series of eras in human development referred to as Aeons. The Aeons spoken of by Crowley included that of the Egyptian gods Isis, Osiris and finally Horus. According to the Thelemic religion, we are currently in the Aeon of Horus which began March 20th, 1904 CE.

While this is more than a century earlier than the 2012 date we have been discussing, it still deserves mentioning for a couple of reasons. The first is that many, including Crowley himself, made the connection between the concept of the Thelemic Aeons and the Precession of the Equinoxes. It is explicitly tied to the idea of the New Age of Aquarius in many people’s minds. Also, since Crowley declared himself to be the “prophet” of the new Aeon of Horus, he had a vested interest in placing the start date during his lifetime.

His concept of the New Aeon went on to influence a new generation of occultists. Since then, several others have declared the beginning of other new Aeons based on Egyptian dieties. These include the Aeon of Ma’at and the Aeon of Set. Some have put forward the idea that more than one Aeon can exist simultaneously. Others maintain that one Aeon gives way to the next. Either way, many modern occultists have become aware of the concept through this route.

It is also significant that the year 2012 CE also marked the last Transit of Venus of the 21st Century. This event is similar to a Solar Eclipse but is a significantly more rare and subtle phenomenon. During a Solar Eclipse the view of the Sun is obscured temporarily when the Moon passes directly between the Sun and the Earth. During the Transit of Venus the planet Venus passes directly between the Sun and the Earth, casting a very small shadow. This would not be noticeable to a casual observer with the naked eye, but can be easily detected by those in the know using rudimentary equipment. The Transit of Venus happens twice, with eight years between each occurrence and then does not happen again for over a century. The next instance isn’t scheduled to occur again until December of the year 2117 CE.

The planet Venus is especially significant as it is the “Morning Star” alluded to earlier. The last bright object in the sky before the Sun rises is actually the planet Venus. It symbolically heralds the rising of the Sun and in this way can be associated with the Latin word “Lucifer”, literally meaning “Bringer of the Light.” The planet Venus is also the first bright object to appear in the sky when the Sun sets in the evening. This is referred to as the “Evening Star” and can be thought of as the Bringer of Night. In the New Luciferian Era both aspects are recognized as important.

The Evening Star as the “Bringer of Night” is represented as Darkness. Darkness is symbolic of our primal and unconscious desire and instincts inherent in every living individual; this ‘shadow’ is primary to providing the foundation for our conscious drive as productive members of society and successful individuals. Luciferians find knowledge, strength and power in the restful and equally inspiring darkness.

The Morning Star as the “Bringer of Light” is the invigorating and disciplined consciousness of our rational minds; we gain insight via experience and applying knowledge towards attaining short and long term goals in this life now. We seek to establish balance between the primal darkness and the inner torch of divine consciousness. This “divine consciousness” is symbolized as the “Black Flame” or “Black Light”; Luciferians use discipline and insight to control and guide our instincts and drives within a productive manner with respect to the individual and the community in which we exist.

Luciferians primarily travel a Left Hand Path, which is actually The Complete Path as it values works of Light as well as the courageous exploration of the Darkness. On a personal level it is important to recognize and integrate your whole being. Understanding your own Shadow and dedicating all aspects of yourself toward achieving your goals will lead toward the manifestation of the Complete Harmonized Self. This unlocks even greater levels of awareness and personal power.

What can we expect in the New Luciferian Era? The NLE marks the dawning of an unprecedented level of scientific discovery, personal insight and self-determination available to every human on the planet and beyond. We will no longer be subjugated by superstitious systems of guilt, shame and fear set up for the benefit of the few. We will each rise up and take control of our own personal destinies. The way it plays out is up to each of us and how we wish to shape the course of history. We will become as literal gods; Masters of the multiverse with infinite potential.

The future is ours! Stand up and make your mark on the world to take your place among the immortals of myth and legend! This is the New Luciferian Era and you are Lucifer!