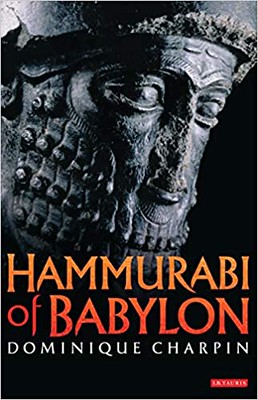 Hammurabi was the sixth king of ancient Babylon and also its greatest. Expanding the role and influence of the Babylonian city-state into an imperium that crushed its rivals and dominated the entire fertile plain of Mesopotamia, Hammurabi (who ruled c. 1792-1750 BCE) transformed a minor kingdom into the regional superpower of its age. But this energetic monarch, whose geopolitical and military strategies were unsurpassed in his time, was more than just a war-leader or empire-builder. Renowned for his visionary Code of Laws, Hammurabi’s famous codex – written on a stele in Akkadian, and publicly displayed so that all citizens could read it – pioneered a new kind of lawmaking. The Code’s 282 specific legal injunctions, alleged to have been divinely granted by the god Marduk, remain influential to this day, and offer the historian fascinating parallels with the biblical Ten Commandments. Dominique Charpin is one of the most distinguished modern scholars of ancient Babylon. In this fresh and engaging appraisal of one of antiquity’s iconic figures, he shows that Hammurabi, while certainly one of the most able rulers in the whole of pre-history, was also responsible for pivotal developments in the history of civilization.

Shamash In Near Eastern mythology (Babylonian-Assyrian), sun god, (originally female) god of justice and healing, his consort was the goddess Aa, and his attendants were…

Mari (2) In addition to the now more famous Basque goddess named Mari, there is another Mari, a mysterious water goddess worshipped in the Amorite…

Explores the history and culture of Ancient Mesopotamia. Eye-catching photos, fascinating sidebars, and a “”Contributions”” special feature guide readers through the rise and fall of…

The ancient civilization of Mesopotamia thrived between the rivers Tigris and Euphrates over 4,000 years ago. The myths collected here, originally written in cuneiform on…

The Mesopotamian Gods and Demons are presented and restored to the ancient knowledge and power for the modern Luciferian ideology as defined by Michael W.…