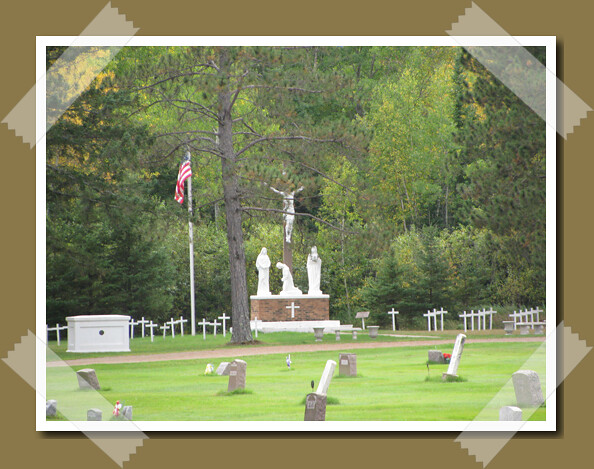 Lakeview Cemetery in Buhl is one haunted location that is not for the faint of heart. The Northern Minnesota Paranormal Investigators have been there many times and have experienced several different supernatural events. We have encountered full-bodied apparitions, heard voices, smelled strange, unidentifiable odors, and always have had a feeling of unwelcome and dread.

The burials began in Lakeview Cemetery in 1913—about the time the Shaw Hospital was built. Shaw housed people who were sick with tuberculosis and mental illnesses—the dregs of society. When these people died, there was no money for a “proper” burial, so they received a simple plot in what is known as Potter’s Field. These men and women weren’t even buried with a name, simply a number on a cast-iron cross. Potter’s Field is adjacent to the main cemetery.

An investigation in June of 2003 resulted in a very strange video. I was filming in infrared and asking questions. I said, “If there are any spirits here, show me a sign.” I started filming, and a single flag began to wave, though there was no wind. I panned the camera around and found many other flags sitting perfectly still, including the large flags on their poles sitting 25 feet in the air. This anomaly was confirmed when I listened to the audio from my micro cassette tape and found I had captured some EVP. I discovered that immediately after I had asked for a sign, two different ghosts had a conversation. The first ghost said, “There’s no harm in that,” followed by the second ghost replying, “Yeah, show ‘em the flags, Roy.”

Another trip to Lakeview in June of 2003 handed me my first full-bodied apparition experience. I was sitting in my vehicle loading my camera when a man walked out of the main gate. I was mildly upset, thinking that someone had come to lock up the cemetery. He walked right across the small dirt road that my car was sitting on and vanished. He was a younger man wearing a touring cap, a light-colored shirt, and dark pants—he looked to be from about the 1920s.

Our entire group feels that the “sanctuary” is the strangest place of all within this location. It is actually known as the “Veteran’s Memorial.” We feel that this area was blessed and the spirits don’t tread there. This is a simple area containing a crucifixion statue, about 50 white wooden crosses, and a concrete, box-like memorial with a veteran’s medallion on it. It is closed in on all sides with a white picket fence. In front of the area is a dirt roadway, and a row of pine trees run along the back. Immediately upon stepping into this area, the feelings of dread leave you. We took temperature readings inside the sanctuary and then again when we stepped out. We found a 10-degree difference.

Why is Lakeview Cemetery so active and spooky? I can’t answer that question, but I can tell you that there is something there. Everyone who has passed through its simple gates have taken something away from there, good or bad.

Back to Haunted Minnesota

Back to Haunted United States of America