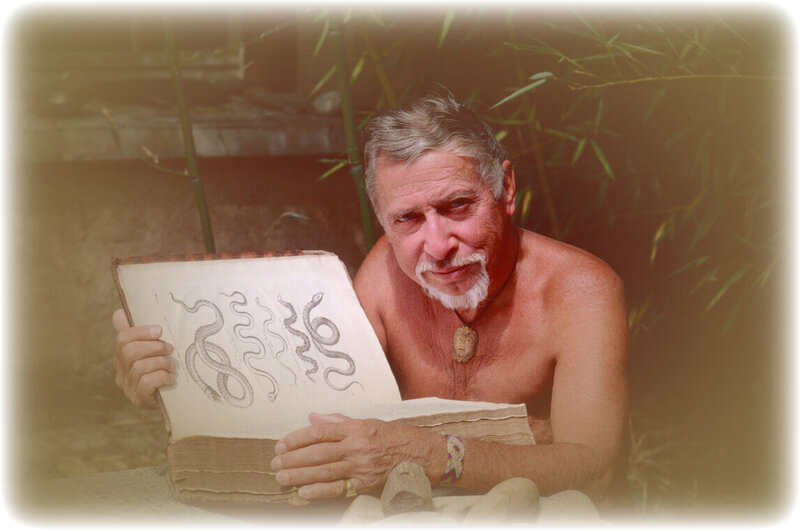 Bernard Heuvelmans, the “Father of Cryptozoology,” was born in Le Havre, France, and found he had a love of natural history from an early age. His interest in unknown animals was first piqued as a youngster by his reading of science fiction adventures such as Jules Verne’s Twenty Thousand Leagues Under the Sea and Sir Arthur Conan Doyle’s The Lost World. After earning his doctoral degree before World War II with a thesis on the classification of the hitherto unclassifiable teeth of the aardvark, Heuvelmans spent the next years writing about the history of science. But when he read a 1948 Saturday Evening Post article, in which biologist Ivan T. Sanderson sympathetically discussed the evidence for relict dinosaurs, he decided to pursue a vague, unfocused interest in a systematic way.

From then on, Heuvelmans sought evidence in scientific and literary sources. Within a few years he had amassed so much material that he was ready to write a large book. That book turned out to be Sur la piste des bêtes ignorées, published in 1955 and better known in its English translation three years later as On the Track of Unknown Animals. More than four decades later, the book remains in print, with an excess of one million copies sold in various translations and editions, including one in 1995 with a large updated introduction.

The book’s impact was enormous. As one critic remarked at the time, “Because his research is based on rigorous dedication to scientific method and scholarship and his solid background in zoology, Heuvelmans’s findings are respected throughout the scientific community.” Soon Heuvelmans was engaged in massive correspondence as his library and other researches continued. In the course of letter-writing, he invented the word “cryptozoology” (it does not appear in On the Track of Unknown Animals). That word saw print for the first time in 1959 when French wildlife official Lucien Blancou dedicated a book to the “master of cryptozoology.”

Writing in Cryptozoology in 1984, Heuvelmans said, “I tried to write about it according to the rules of scientific documentation.” Because of the unorthodox nature of his interests, however, he had no institutional sponsorship and had to support himself with his writing. “That is why,” he wrote, “I have always had to make my books fascinating for the largest possible audience.”

Heuvelmans and his book influenced the investigative work of cryptozoology supporter Tom Slick. Sanderson, who influenced Heuvelmans, in turn was influenced by Heuvelmans. He served as confidential consultant with Sanderson on Slick’s secret board of advisers. Heuvelmans was asked to examine a “Yeti skullcap” brought back by Sir Edmund Hillary’s World Book expedition of 1960. He was also one of the first to declare it was a ritual object made from the skin of a serow, a small goat-like animal found in the Himalayas. Over the years, without fanfare, Heuvelmans has journeyed from the shores of Loch Ness to the jungles of Malaysia, interviewing witnesses and examining the evidence for cryptids.

On the Track of Unknown Animals was concerned exclusively with land animals. The second of his works to be translated into English, In the Wake of the Sea-Serpents (1968), covered the ocean’s unknowns, including the recognized but still in some ways enigmatic giant squid. In 1968, Heuvelmans (at Sanderson’s invitation) examined what was represented to be the frozen cadaver of a hairy hominoid, the Minnesota Iceman, which was the subject of his L’homme de Néanderthal est toujours vivant (with Boris Porshnev, 1974). Other books, none yet translated into English, include works on surviving dinosaurs and relict hominids in Africa.

Heuvelmans’s Center for Cryptozoology, established in 1975, was first housed near Le Bugue in the south of France, but in recent years moved to LeVesinet, closer to Paris. It consists of his huge private library and his massive files. Heuvelmans was elected president when the International Society of Cryptozoology was founded in Washington, D.C., in 1982. He still holds that position. In a 1984 interview he expressed the desire to write a twenty-volume cryptozoology encyclopedia, but no volume has appeared to date, owing to the death of a translator and other problems. Heuvelmans has lapsed into a period of active but mostly unseen writing except for the rare magazine article.

Heuvelmans’s health appears to be failing. When in February 1997 he was awarded the Gabriele Peters Prize for Fantastic Science at the Zoological Museum of the University of Hamburg, Germany, he was unable to appear to collect the prize of 10,000 marks (about $6,000) and sent his friend, journalist and cryptozoologist Werner Reichenbach, to accept on his behalf. Heuvelmans has refused television and other journalistic interviews in recent years.

Bernard Heuvelmans (1916–ca. 2001) French scientist Bernard Heuvelmans was perhaps the first person to take a scientific approach to the study of creatures whose existence is in dispute. As such, he is generally considered to be the founder of the science of cryptozoology. Indeed, he was the first to use the word cryptozoology to describe such studies. Heuvelmans first became interested in previously unknown animals in 1948. At that time, after spending several years studying and writing about natural history, he came across a 1948 Saturday Evening Post article by Ivan T. Sanderson that suggested dinosaurs might not be extinct after all. This inspired Heuvelmans to investigate a variety of mysterious animals, and in 1955 he presented his research in a book titled Sur la piste des bêtes ignorées (1955), later published in English as On the Track of Unknown Animals (1958). Heuvelmans wrote many more books and articles on related subjects, such as the kraken, the Minnesota Iceman, dragons, and unidentified hominids, but only one of his other books, In the Wake of Sea-Serpents (1968), has been translated into English. He also continued to travel the world in search of various unknown animals, and in 1975 he established an organization devoted to such research, the Center for Cryptozoology. In addition, Heuvelmans became the first president of the International Society of Cryptozoology upon its founding in 1982.

“Cryptid” is a relatively new word used among professionals and laypeople to denote an animal of interest to cryptozoology. John E. Wall of Manitoba coined…

BURU The Buru is a large, unknown monitor lizard thought by some to have lived in remote valleys of the Himalayas of Assam, a province…

It all began for Karl Shuker when, aged thirteen, he walked into a bookshop near his home in the West Midlands, England, and noticed a…

For years, intrigued by legends, the appearance of strange skins, and reports of an unusual-looking giant cheetah in Africa, cryptozoologists Paul and Lena Bottriell searched…