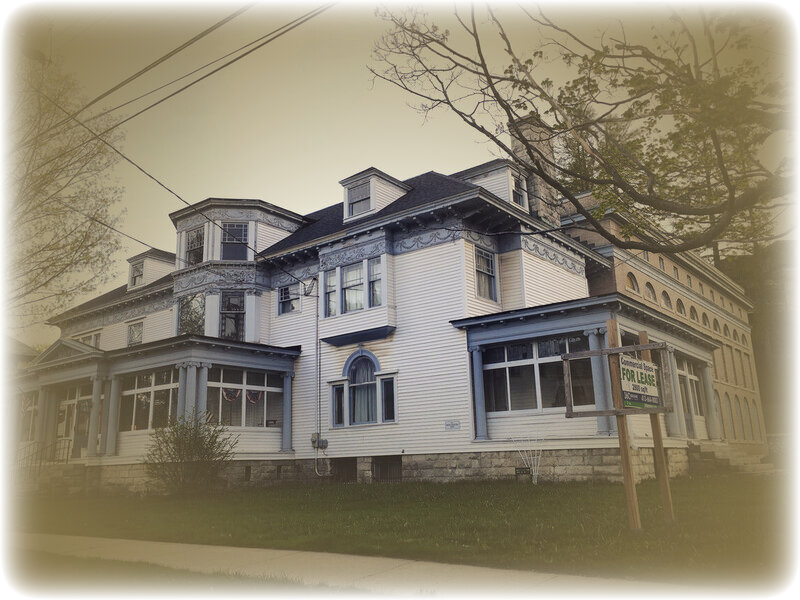 The Houghton Mansion is located deep in the Berkshires in North Adams, Massachusetts. It was the home of the New England 29 former mayor of North Adams and wealthy patriarch Albert C. Houghton. On a warm summer’s day in 1911, a family outing turned tragic. Chauffer John Widders was driving the Houghton family in a Pierce-Arrow when he was forced to drive around a work crew on a narrow mountain road. He hit the soft shoulder of the road, which gave way, sending the automobile rolling down the embankment.

Family friend Sybil Hutton was crushed and died at the scene. Mary Houghton, Albert’s beloved daughter, was badly injured. The first doctor to arrive at the scene drove Mary to the nearest hospital, but she never made it. She succumbed to her injuries on the way.

John Widders and Albert C. Houghton suffered only minor injuries and soon returned to the mansion. John Widders could not forgive himself for what happened to Mary (after all, he was driving the automobile when the accident occurred). A short time later, his lifeless body was discovered in the barn behind the mansion. He was found with a bullet in his head, having committed suicide. Albert C. Houghton also never recovered emotionally from the accident and died soon after at the mansion.

The mansion soon passed to the Masons, who still own it today. Not only did they inherit the house, but reportedly a ghost or two. Members of the Masonic Lodge hear knocking on the walls and footsteps in the corridors, but when they investigate the sounds, there is no one there. Other members have even reported hearing a woman’s or girl’s voice echoing in some of the rooms of the mansion. There are also numerous cold spots and the lights seem to flicker at will. Orbs appear in photographs taken at the mansion, and shadows are seen in the corner of your eye. Josh Mantello, one of the Masons, tells the story of a big, burly telemarketer who ran from the mansion late one night and refused to return. What did he see?

Are John Widders, Mary Houghton, and Albert C. Houghton still there? The evidence points to “something” there, but only the mansion holds the answers.

HIMURO MANSION ( ON TOKYO OUTSKIRTYS ) A FAMILY MANSION THAT WAS THE SITE OF DARK SHINTO Rituals AND BRUTAL MURDER, Apparitions, BloodY HAND PRINTS,…

The Rutherglen Mansion sits on top of Mt. Solo in Longview, Washington. It was built for John D. Tennant, vice president of Long-Bell Lumber Co.,…

In 1856, Abolitionist George Willison Adams built a mansion in Dresden, Ohio, that would ultimately serve as a safe haven for slaves travelling north along…