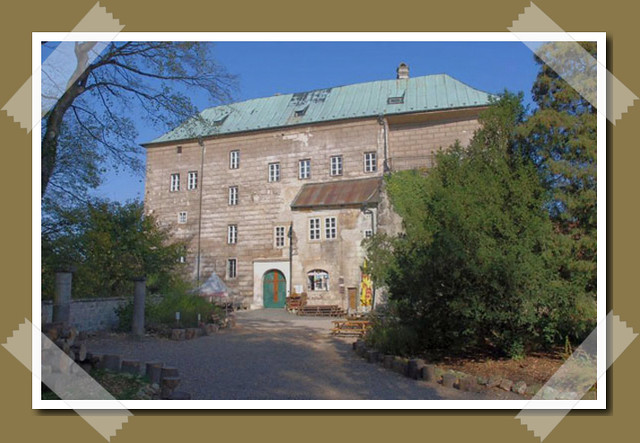 Mysterious places are also at Houska castle which stands in CHKO Kokorinsko national park. Traditionally it has been said Houska was built earlier than Bezdez which would make it the oldest surviving castle in Bohemia. Nobody knows, however, why! It is located at place of little to none strategic value. There was no trade route around, the castle was neither royal nor borderline castle. It even lacked direct access to water. The legend has it the gate to the hell is hidden inside the castle – or even time machine (K. H. Macha found something resembling a time travel device there when he spent a night at the castl). It has been said the castle is supposed to guard the world against evil forces, the principal reason for its existence. However, other legends are said of he castle. For instance, one speaks of a faceless figure wearing a black hood. It watches those who dare to visit the castle and spent a night over.

Zvíkov Castle: Until 1597 there are stories about a Zvíkovský Rarášek (Rarach is a supernatural being common in Slavic folklore, similar to an imp or…

Himeji castle ( okiku's well) okikus is said to have been a young and beautiful maid who served under the samurai tessan aoyama, aoyama desires…