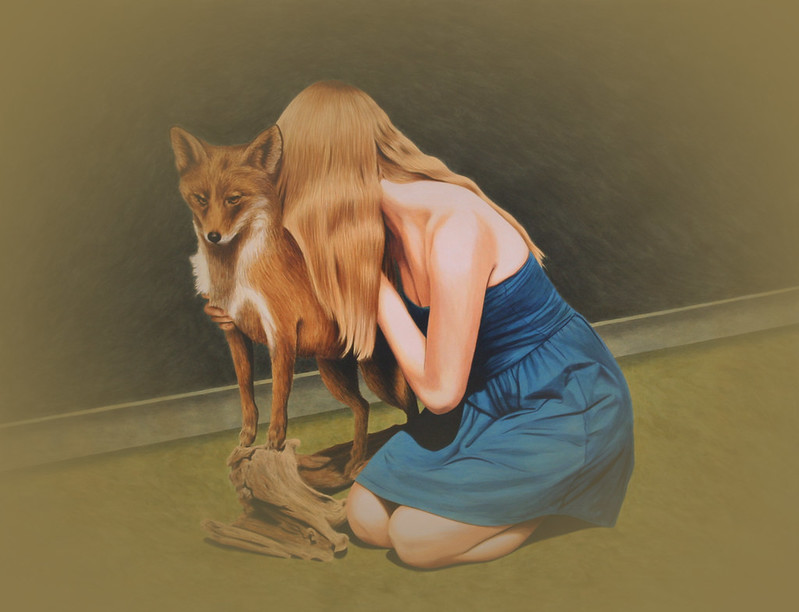 Huli Jing are Chinese fox Fairies. The term literally means “exquisite fox”: they transform into beautiful, seductive young women and engage in relationships with men. They are sexy spirits and may just be out for some fun, but once upon a time, Huli Jing engaged in sacred marriages with Taoist adepts. Sex and occult knowledge were inseparably intertwined. During China’s shamanic era and the earliest days of Taoism, this was understood as a path to esoteric wisdom; however, as society became more conservative, and especially in response to Confucianism, Fox Fairies received ever-worsening press.

Huli Jing are perceived as vampiric spirits. They’re not bloodsuckers; instead they sap a man’s life-force—his essence and aura—through sex and orgasm. The relationship begins ecstatically but the man eventually wastes away, his energy totally depleted while the energized Fox Fairy seeks more lovers to vampirize.This may be propaganda intended to discourage men from sacred spirit marriages. Alternatively, the Huli Jing resent their bad press and have decided to live up to it.

Fox Fairies are shape-shifting spirits, supreme transformation artists. They can take on the form of a dead person familiar to their target and thus ingratiate themselves or cause severe emotional trauma. They Demonstrate anger and displeasure by causing insanity, especially mental illness that manifests over generations in one family.

The Huli Jing are independent spirits, brilliant adepts. Sometimes they serve as karmic avengers. When not wandering Earth looking for fun or mischief, many make their home in Hsi Wang Mu’s Western Paradise. They do not become sorcerer’s servants like their Japanese compatriots. In modern Chinese, occult associations have been shed: Huli Jing may be translated as “gold-digger” or “slut.”

huli jing (fox fairy) In Chinese lore, a Demon that is the malevolent spirit of the returning dead. The huli jing rises from its grave…

A Kumiho is a type of fox spirit. Like her compatriots, the Japanese Kitsune and Chinese Huli Jing, the Kumiho is associated with rampant, unbridled…

Jade Maidens ORIGIN: China The Jade Maidens serve as celestial attendants to Hsi Wang Mu, Queen Mother of the West. Their home is in her…