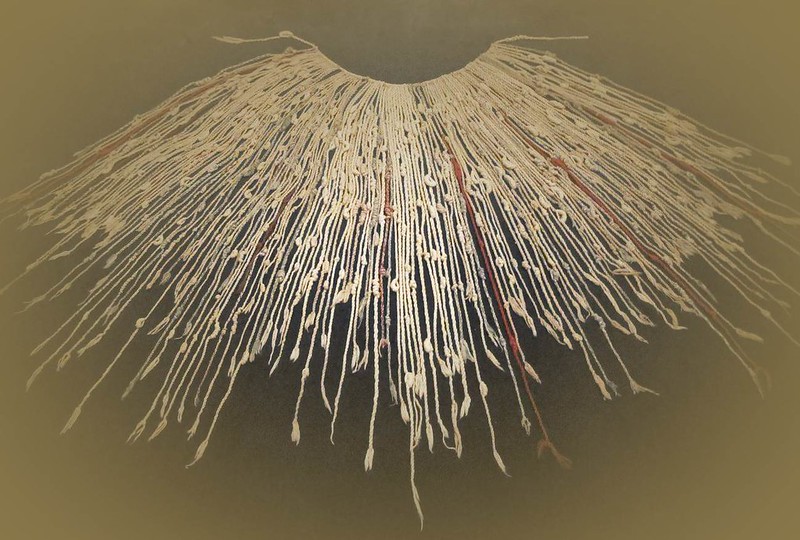 Are Cords The Key To Inca Secrets?

AP) To the casual observer, they appear to be little more than multicolored tangles of arm-length strings. But a growing number of experts think “quipus” may hold the secrets of the Inca Empire.

The Incas built the greatest pre-Columbian empire in South America, unifying Andean cultures from what is modern day Colombia to Chile for about a hundred years before they fell to Spanish conquistadors in the early 1500s.

They left extensive roads, irrigation systems and imposing stonework, including the mountaintop citadel of Machu Picchu.

What they apparently did not leave behind was a written record of how it all worked – a gap that has puzzled anthropologists who see written language as a key requirement of great civilizations. That’s where Inca quipus, or knotted strings, come in.

Quipus have been tying up British textile engineer William Burns for half of the nearly 50 years he has lived in Peru.

“Walking around museums with my daughters, I became fascinated with the Incas,” Burns said recently at his home in Lima. “There is something for everyone, and I was drawn to the fibers.”

In his book “Decoding the Quipus,” published locally in Spanish this year, Burns suggests the colors and configurations of the knots are a phonetic shorthand for the Quechua language still used in the Andes.

Spread out on display, a quipu – also spelled khipu – looks something like a hula skirt, with a horizontal main cord and dozens to hundreds of knotted, multicolored pendant strings made of cotton and wool.

But Spanish colonists destroyed most of the quipus, and researchers so far have been unable to match a colonial-era transcription to any surviving quipu.

Gary Urton, a Harvard anthropologist, estimates there are at least 600 quipus in museums, and he has studied about 450 of them in Peru, Chile, the United States and Germany. He decided to take on quipus a decade ago after studying the use of calendars, astrology and agricultural planning in Peru.

“Over the years, I continually came up against the problem of ‘we can’t read the quipus,”‘ Urton said in a telephone interview from Cambridge, Mass.

Urton believes quipu makers, known as “quipucamayos,” used a binary mathematical approach similar to that used in modern computers to encode numbers and narratives with the knots.

From a black cotton string tied in a simple half hitch to a reddish-brown alpaca wool string wrapped in a complex knot, the options were many, but they were also definite and simple.

In his new book, “Signs of the Inka Khipu,” Urton suggests the possible combinations yield 1,536 knotted characters representing words – or even entire myths – that could be read by others.

Urton and Carrie Brezine, a database specialist, mathematician and weaver, are compiling all available quipu data. Urton hopes the database, which he expects to have ready by mid-2004, will help scholars identify patterns and discover a lost language of the Incas.

“It is going to be the biggest single resource in our field,” Frank Salomon, a University of Wisconsin anthropologist, said during a recent research trip to Peru.

Salomon, whose book “The Cord Keepers” is slated for release next year, has found quipus preserved in Tupicocha, a village tucked high amid rocky Andean peaks a day’s drive southeast of Lima.

But even there, quipus remain a mystery. Leaders of clan-like communities bring out their groups’ quipus each January to pass them on to their successors, but no one in Tupicocha can read the knotted antiques.

Salomon believes the knotted strings served as something like an annual budget – first used to plan activities and then altered to log accomplishments. He also suspects villagers could read the quipus until as late as the 1920s, when their use was abandoned during a push by Peru’s central government to modernize the nation.

At about the same time, historian L. Leland Locke of the United States proposed that quipus were little more than accounting tools — cloth abacuses using knots instead of beads. Scholars accepted the theory, and academic interest died off for decades.

In the early 1970s, however, the husband-and-wife team of Robert Ascher, an archeologist, and Marcia Ascher, a mathematician, began studying and cataloging quipus.

“Hopefully somebody will come and move my theory along – or change it or transform it or knock it down and bring a new theory forward – but we are just sort of stuck where we are right now,” Urton said.