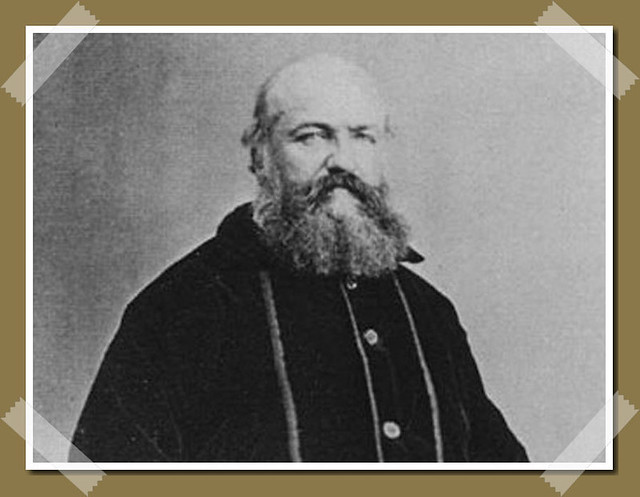 Eliphas Levi (1810–1875) French occultist who was a leader of the occult revival of the 19th century. Eliphas Levi has often been called the last of the magi. He is said to have coined the term occult.

He was born Alphonse Louis Constant in Paris in 1810. His father was a poor shoemaker and had no means to provide for his son’s education. Young Constant was schooled at a local Catholic parish at the church of Saint Sulpice. He became a deacon and aspired to be a priest, even taking a vow of celibacy. But his tendency to speak his mind and not stick to teaching the doctrines of the church led to his expulsion.

Constant then became involved in radical politics, for which he was imprisoned several times. He married a 16- year-old girl named Madamoiselle Noemy, who gained fame in her own right as a sculptor. The couple had two children, who died in either infancy or childhood. After seven years Noemy left Levi and succeeded in getting the marriage nullified on the grounds that she had been a minor when they were wed.

In the wake of his marital breakup, Levi immersed himself in a study of the occult, teaching the kabbalah, magic, and alchemy. He quickly became famous throughout Europe. His studies focused on the kabbalah, the tarot , and the writings of Swedish mystic Emanuel Swedenborg. He was the first to draw a connection between the kabbalah and the Tarot. During this time, Constant called himself Abbé Constant and dressed in clerical garb, though it is doubtful that he was ever ordained a priest. He earned his living teaching magic. He was inspired by Francis Barrett ’s book The Magus (1801), which was a derivative of Three Books on Occult Philosophy by Henry Cornelius Agrippa.

In the mid-1850s, he took the Hebrew equivalent of his name, Eliphas Levi, and wrote under the name Magus Eliphas Levi. His best-known work is Transcendental Magic, published in 1860, which presents his own system of magic, based in part on the grimoire known as the Greater Key of Solomon. Other significant works by Levi are The History of Magic, The Mysteries of the Qabalah, The Great Secret, and The Book of Splendours. Levi’s works were a focus of the French occult revival, which gained momentum in the several decades following his death.

Levi’s work so impressed and influenced other occultists that he was one of the few French experts to be translated into English. Arthur Edward Waite, a principal in the Hermetic Order of the Golden Dawn, translated his works so that he could better study them himself. Waite called Levi a magus of light. Levi also influenced the English author Lord Bulwer Lytton, whom he met during a trip to London in 1853. Levi taught Lytton various magical rituals and procedures that Lytton incorporated into his fictional works, A Strange Story (1862) and The Haunted and the Haunters (1857), in which Levi served as the model for the magus.

Aleister Crowley, who was born in the same year that Levi died, claimed to be a Reincarnation of Levi. Crowley translated Levi’s book The Key of the Mysteries. According to Levi, two things are necessary to acquire magical power: “to disengage the will from all servitude, and to exercise it in control.”