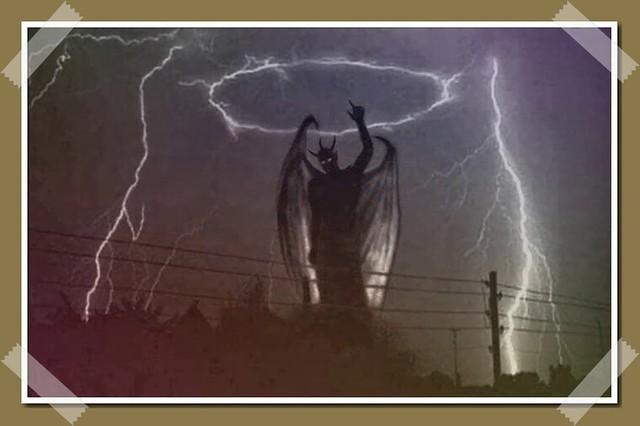 Lightning is in folklore, the mark of the Devil. Lightning strikes leave streaks and ragged, hooked, charred marks on objects. According to lore, these are claw marks of the Devil.

Nicholas Remy, a 16th-century Demonologist, said that Demons mingle with lightning and determine where it strikes. Remy said that when he was a boy, his house at Charmes, France, was struck by lightning and marked with “deep claw marks.”

Further evidence of the presence of the Devil was the “most foul smell of sulfur.”