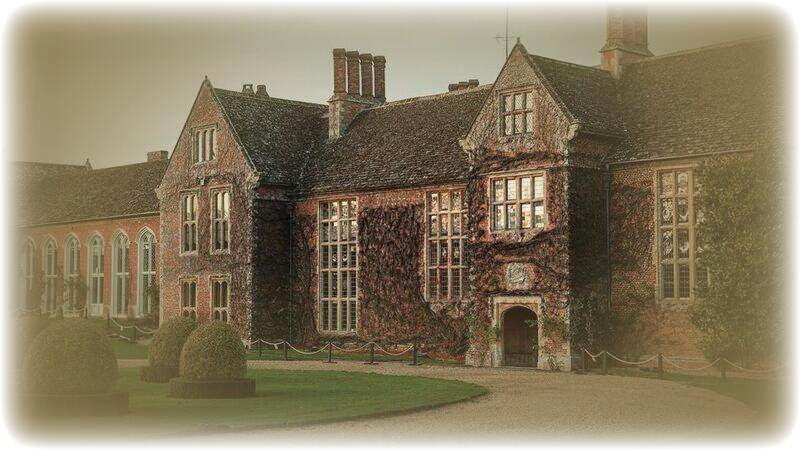 The Littlecote House is a stately home in Wiltshire, England, that was the scene of a violent murder of an infant and became haunted by the “Burning Babe” and other Ghosts.

The crime took place in 1575. Littlecote was then owned by William Darrell, whose family had owned the home since 1415. Darrell was known as “Wild Darrell” because of his debauched behavior and outrageous lifestyle.

The story goes that one night a nobleman sent for a midwife from another village. He had her blindfolded and taken to the house. She was taken upstairs to a room where a woman was in labor and was instructed to help deliver the baby. As soon as the child was born, the nobleman ripped it out of her arms and threw it into the fire. She was given a purse full of money and was then taken home, still blindfolded. However, she had the presence of mind to surreptitiously snip a piece of curtain before she left. She also counted the stairs on her way out.

The next day, she reported what had happened to the local magistrate. Immediately Littlecote was the suspected scene of the crime. An investigation was made, and it was found that the number of stairs matched the number the midwife had counted, and her piece of fabric matched a hole in the bed curtains in one room.

In another version of the story, the midwife was too frightened to talk and said nothing until confessing on her deathbed. She said she had been promised a large sum of money to help in secret a lady who was about to give birth. She was taken blindfolded to a house she did not recognize. When the baby was born, a man ordered her to throw the child in the fire. She refused to do so, and the man snatched the baby from her and threw it on the fire himself, holding it down with his boot until the body was burned.

Whatever the true version, Darrell was arrested. He was somehow acquitted (it was said he bribed the judge, Sir John Popham), causing a scandal. Darrell died 14 years later in 1589 when he was hunting in Littlecote Park and his horse threw him. He broke his neck, dying instantly. Sir Popham inherited his property. It was said that Darrell’s horse had reared up at the sight of the ghost of the murdered baby.

In accounts of the story made a century and more later, the murdered baby’s mother was identified as either Darrell’s wife’s maid or his sister. Littlecote was strongly believed to be haunted as a result of the horrible crime committed there.

The infant’s ghost, called the Burning Babe, appears at Darrell’s Stile, the site where Darrell was thrown by his horse. The site is haunted by Darrell himself, accompanied by phantom hounds. Horses are still frightened in this spot.

Darrell also has become a DEATH OMEN, appearing at Littlecote with phantom coach and horses whenever an heir is about to die.

Other ghosts include a silent woman who holds a baby and walks in the room where the murder took place; a woman who appears in the garden; a woman who carries a rushlight; and Gerald Lee Bevin, a tenant of Littlecote in the 1920s, who was convicted of swindling.

Sounds of phantom footsteps on the stairs have been made by the ghost of a lady dressed in a pink nightgown with a lamp in her hand. Terrifying screams have been heard in the middle of the night coming from the bedroom and landing where the murder took place. Littlecote is open to the public.

This mansion is the setting for an Elizabethan tale of crime and detection which, if true, is exceptionally horrible. John Aubrey certainly believed it, and records it in his Brief Lives (1669–96) to explain why Littlecote House passed to Sir John Popham in 1589, having previously belonged to the Darrells.

Sir John Dayrell, of Littlecote in com. Wilts [the county of Wiltshire], having gott his Ladie’s waiting woman with child, when her travel [labour pains] came, sent a servant with a horse for a midwife, whom he was to bring hood-winked [blindfolded]. She was brought, and layd the woman, but as soon as the child was borne, she saw the Knight take the Child and murther it, and burn it on the fire in the chamber. She having donne her businesse was extraordinarily rewarded for her paines, and sent blindfold away. This horrid Action did much run in her mind, and she had a desire to discover [reveal] it, but knew not where ’twas. She considered with her selfe the time she was riding, and how many miles might be rode at that rate in that time, and that it must be some great person’s house, for the roome was twelve foot high; and she could know the chamber if she sawe it. She went to a Justice of the Peace, and a search was made. The very chamber found. The Knight was brought to his Tryall; and, to be short, this Judge [i.e. Popham] had this noble howse, parke, and manor, and (I thinke) more, for a Bribe to save his life; Sir John Popham gave Sentence according to Lawe; but being a Great person, and a Favourite, he procured a Noli prosequi [a ruling that no further steps be taken].

Aubrey is wrong on some points. Darrell’s Christian name was William; he died in 1588, and since Popham did not become a judge until 1602 he cannot possibly have presided at Darrell’s trial, if there ever was one. But rumours certainly were current at the time. A letter of 2 January 1578, preserved in the archives of Longleat and addressed to the owner, Sir John Thynne, contains a message for a certain Mr Bonham, living at Longleat, whose sister was known to be Darrell’s mistress; the writer ‘desires that Mr Bonham will enquire of his sister concerning her usage at Will Darrell’s, the birth of her children, how many there were, and what became of them; for that the report of the murder of one of them was increasing foully, and will touch Will Darrell to the quick’.

Sir Walter Scott retold the story in the notes to his novel Rokeby (1811), and his is now the best-known version. He sets the event in 1575, and says the villainous Darrell (whom he nicknames ‘Wild Will’) threw the baby alive into the flames. The midwife, whom Scott calls ‘Mother Barnes of Shefford’, was determined to bring him to justice, so she secretly cut a strip of cloth from the hem of the bed-curtains, and though blindfolded still managed to count the steps of the staircase as she left. These clues led to the house being identified. Darrell was tried, but acquitted after bribing Popham; however, he died soon after, being thrown from his horse while hunting.

Ralph Whitlock and Kathleen Wiltshire recorded some twentieth-century elaborations of the tale. These include the idea that the baby was conceived in incest, its mother being Darrell’s sister, whose ghost haunts the house; also, that Darrell’s horse threw him because it was terrified by the apparition of a ghostly burning baby at a place since called ‘Darrell’s Stile’. Darrell’s ghost is said to haunt this stile, with a pack of phantom hounds, and to drive up to the entrance of Littlecote House in a phantom coach as a sign that the owner’s heir will shortly die. For instance, in 1861 the heir was a six-month-old baby, Francis Popham, who was seriously ill; his nurse had sent urgently for his parents, who were away. In the middle of the night she heard a coach galloping up to the door, to her great relief – but when she looked out of the window, there was nothing there. The baby was dead by morning.