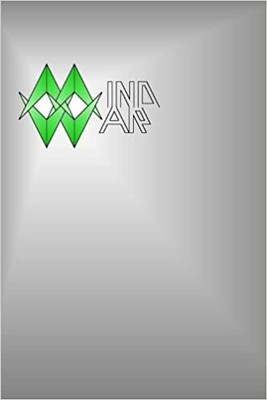 This 2016 Second Edition of MindWar revises and expands the original 2013 book.

In 1980 an obscure internal U.S. Army concept paper, “From PSYOP to MindWar”, accidentally became public. Though only a brief, theoretical speculation, it exploded into the focus of alarmist rumors and debates for the next three decades. Is the government involved in invasion of the mind beyond the blundering, haphazard legacy of the infamous MKULTRA experiments? Even more unsettling, do such efforts extend beyond conventional scientific research to dark and arcane arts whose very existence is the stuff of legend?

The answers are here, in this book by one of that 1980 paper’s co-authors, Lt. Colonel Michael Aquino. Originally intended for the eyes of government policymakers alone, it is now openly available. Ironically MindWar is unclassified only because a level high enough to embrace it has never been anticipated or even conceptualized. What it is capable of setting in motion is simply beyond all previous human interactive experience.

For millennia violent warfare has been the scourge of humanity, and all attempts to end it through negotiated or imposed peace have brought only temporary respite. On the premise that war is endemic to the human disposition, MindWar proposes to eliminate its killing and destruction by replacing it with a far more powerful kind of war – one which focuses on the human mind both individually and collectively. The persons and property of people are removed as targets, replaced by the divisive situations and problems originating in their consciousness. These are then controlled, adjusted, and reformed to produce a harmonious and cooperative total environment.

The price for this solution is that, for the first time in practical history, the actual machinery of human thought is accessed, by the methodical application of science, psychology, and esoteric arts of antiquity. MindWar assumes, as did the ancients, that the ultimate aspiration of mankind is to the Good. But, like the Manhattan Project which rashly opened an earlier genie’s bottle, MindWar could be misused with even more ominous consequences. Devised to save humanity, it could also supersede it. Hence this genie must be examined and evaluated while its bottle is still sealed.

This book extrapolation and evolution of the original 1980 concept is not merely theoretical. It proposes “laboratory” implementation through the structural redesign of the U.S. Army’s three “Special Operations” branches: Psychological Operations, Special Forces, and Civil Affairs. A multiphase sequence of their interaction in a MindWar campaign is outlined, with the international crisis resolution procedures of the United States modified to facilitate it. In a forthcoming second volume, the structures and programs to implement this will be discussed in detail.

Not merely a “military book”, MindWar extends its application to human political and social interaction generally, identifying and refining what were previously only vague or unknown mental processes into a new science of “thought architecture”. It opens the door to a standard of rationality and precision in human affairs in which the experience and exercise of thought are finally, fully mature.

MindStar explores the mystery of the human soul: what it is, how it can be detected, and how it can be creatively and productively activated.…

Do you feel like other people always get the best of you? Do you wish you were more assertive in dealing with others? Have you…

Do you feel like you are just a pawn in someone else’ chess game? Are you tired of being manipulated at every turn? Would you…

Located in San Antonio, Texas, the Mind Science Foundation is dedicated to studying the human mind and is particularly interested in finding out how consciousness…