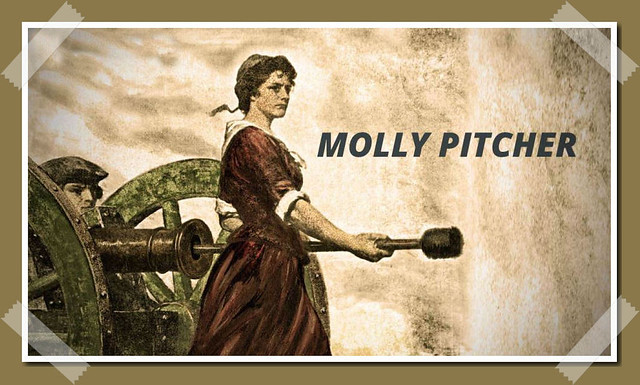 Molly Pitcher (1754–1832) In American history and folklore of the Revolution, the popular name of Mary L. Hays McCauley, who earned her nickname “Molly Pitcher” by bringing pitcher after pitcher of cool spring water to exhausted and thirsty soldiers. She took her husband’s place at a cannon after he was killed in battle. Legend says a cannon ball shot through her legs, taking off her petticoat. Whittier’s poem “Molly Pitcher” deals with the legend. It is believed, however, that a Margaret Corbin (1751–1800) was the woman who performed the heroic act. For her heroic role, it is said that General Washington himself issued her a warrant as a noncommissioned officer. Thereafter, she was widely hailed as “Sergeant Molly.” A flagstaff and cannon stand at her gravesite at Carlisle, Pennsylvania. A sculpture on the battle monument commemorates her deed.