Mot is in Jewish lore, a Demon of death who hovers around dying people. Mot means “death” in Hebrew. Passages in the Old Testament refer to him as Death. In Greek lore, he is the son of Kronos, the god of time. The Phoenicians called him “Death” and “Pluto,” lord of the underworld.

Mot is also the name of a Canaanite warrior deity Demon found in Ugaritic literature. He is described as both the beloved of El and the son of El, and he is completely evil, without redeeming features. He was not worshipped as a deity but was associated with death and the underworld. His underworld abode is dank and dangerous. Mot has a voracious appetite for gods and humans. He crushes them in his enormous jaws and mouth. He literally swallows the dead into the underworld. He carries a scepter of bereavement or widowhood. Mot is the enemy of BAAL, god of the sea and fertility, his opposite. Mot conquers him, forcing him into the underworld. Baal revives to battle him into at least temporary submission. Baal tricks Mot into eating his own brothers. Mot has associations with the agricultural cycles of growth and harvest. He undergoes ritual dismemberment and dissolution, and resurrection.

The huntress Anat attacks Mot and vanquishes him, scattering his body to the fields. In sympathetic magic rituals, he is pruned as a vine is.

Abaddon (Apollyon) is the angel of death, destruction, and the netherworld. The name Abaddon is derived from the Hebrew term for “to destroy” and means…

Baal (Ba’al, Ball) (lord, owner, possessor) In Near Eastern mythology, generic name for numerous gods of rain, agriculture, and fertility. Many Baals or Baalim, as…

“The Dictionary of Deities and Demons in the Bible” is the single major work of reference on the gods, angels, demons, spirits and semi-divine heroes… 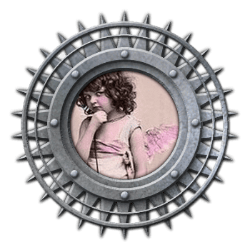 In the Pseudo-Dionysian celestial hierarchy, the third highest order of angels. The term “throne” generally refers to a symbol of majesty and the seat of…

Mastema (Mastemah, Mansemat) is an Angel of evil, hostility, adversity, and destruction; the accuser; a prince of Demons and injustice. The proper name Mastema has…