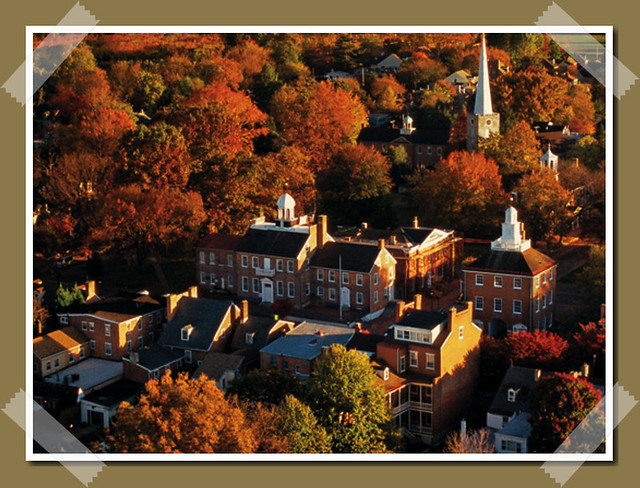 Old New Castle was founded in the 1600s by the Dutch who called it “New Amstel.” It was later taken over by the Swedes and then the British in 1682 who renamed it “New Castle.” There are many homes that date back more than 200 years in age here. There are still cobblestone streets, old cemeteries, and churches around New Castle. When walking down the street, visitors get the feeling of being in a quaint, old colonial town.

There are also many ghost stories that come from this area. In some of the houses, footsteps are heard walking up and down the stairs with no living person to account for them. In Delaware, no smoking is allowed in public buildings, including restaurants and bars, yet some of the taverns in town report the smell of phantom pipe tobacco.

Some people have even seen misty and shadowy figures by the old cemetery at night. The most notable story in Old New Castle pertains to the Dutch soldiers. They are frequently seen walking up and down the old deserted remains of the docks at Battery Park, which is located on the Delaware River. The reported sightings are usually of full and occasionally of partial apparitions walking the old dock.

Sightings of the Dutchmen have been reported throughout the year, but autumn is when the ghosts are most active. There are two soldiers who are often seen in the early evening, and there is one headless soldier who has been seen marching along the shoreline. There is not a lot known about these soldiers or why there are still here. Could they still be trying to protect their city from the Swedes? Could they still be waiting for a ship to dock?

The only thing that is known for certain is that these spirits are persistent and very active.

Fort Delaware is located along the Delaware Bay, one mile east of Delaware City. It is also know by locals as Pea Patch Island because…

The city of Charleston played a major role in both the Revolutionary War and the Civil War, so it is no surprise that it is…

It’s hard to imagine that the near-ghost town of Goldfield, Nevada, was once the largest city in the whole state. Now, only a few old-timers…