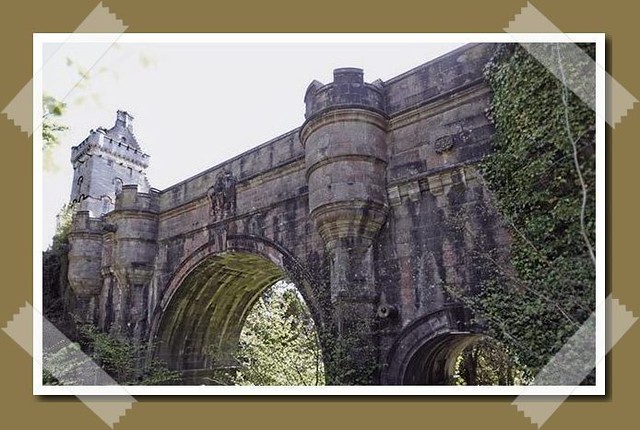 A beautiful walking spot in Dunbarton, Scotland, the Overtoun Bridge was first erected in 1895. Since then it has become popular with locals and tourists as a picturesque walking spot especially for dog owners, as it provides ample space for their beloved pets to run around in and enjoy some fresh air.

However it has been frequently reported that this bridge is a mysterious suicide spot for their pooches as on many occasions dogs have literally just jumped to their death for undeniably no apparent reason. Over the years some 600 dogs have jumped and around 50 of them have lost their lives.

It is evident that the dogs are being probed my some unnatural force; many claiming it is somewhat supernatural. Locals in West Dunbartonshire believe that this phenomenon is because of the spirit of Lady Overtoun, who was said to have wandered the bridge grief-stricken when Baron Overtoun died in 1908. Many claim to have seen the lady’s spirit on the grounds for over 100 years after her death. “I was standing there two years ago when I felt a firm, hard prod that felt like a finger. Something or someone was trying to push me over the bridge too, just like the dogs,” said Paul Owens, religion and philosophy teacher from Glasgow.

It is still unknown what is forcing the dogs to leap so dangerously over the bridge.

The Golden Gate Bridge is worldfamous for attracting suicides, but its neighbor, the 4.5-mile San FranciscoOakland Bay Bridge, boasts the bay area’s most impressive and…

Chinvat (Chinvad, Kinvad) In Persian mythology, a bridge over which all souls of the dead must pass on their way to heaven or hell. According…

In 1810, Jonathan Hale, one of the earliest settlers of the Cuyahoga Valley, had requested for a road to pass through his farm. The road…

On the northeast side of the Orange Avenue Bridge, just at the bridge approach, there have been many reports of a cloaked young woman with…

Crawford Road, located in Yorktown Virginia, has a colourful and jaded past and is an active hotspot for those in the spirit world. The land…