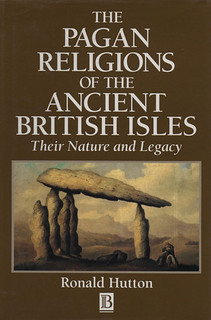 This is the first survey of religious beliefs in the British Isles from the Old Stone Age to the coming of Christianity, one of the least familiar periods in Britain’s history. Ronald Hutton draws upon a wealth of new data, much of it archaeological, that has transformed interpretation over the past decade. Giving more or less equal weight to all periods, from the Neolithic to the Middle Ages, he examines a fascinating range of evidence for Celtic and Romano-British paganism, from burial sites, cairns, megaliths and causeways, to carvings, figurines, jewellery, weapons, votive objects, literary texts and folklore.

Hutton, Ronald – Professor of history at Bristol University in England. Hutton has written a critical history of British paganism (The Pagan Religions of the…

Crushed by the Romans in the first century A.D., the ancient Druids of Britain left almost no reliable evidence behind. Because of this, historian Ronald…

Murray, Margaret (1863–1963) – British Egyptologist who made an important contribution to that subject but is probably best known for her work The Witch-Cult in…