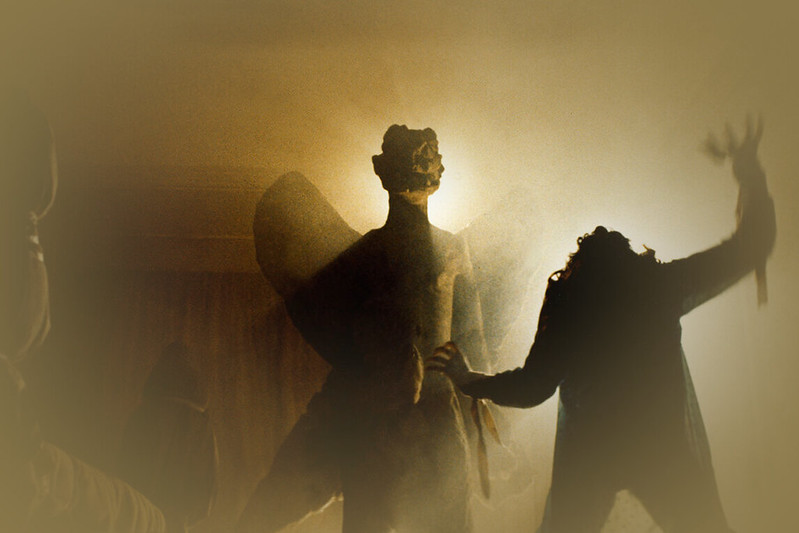 Pazuzu is an Assyrian and Babylonian Demon god of the first millennium B.C.E., who sends diseases, pestilence, and plagues into households. Pazuzu has the feet of an eagle, the paws of a lion, the head of a dog, the tail of a scorpion, bulging eyes, and four wings. Pazuzu rules the hot desert winds of Arabia that wither and kill and is sometimes called upon to provide protection against airborne diseases. Figures of the head of Pazuzu were placed in windows facing outward to ward off his own effects.

Pazuzu vanquished the childbirth Demon Lamastu to the underworld. Amulets of his head were worn around the necks of pregnant women.

In William Peter Blatty’s novel THE EXORCIST, Pazuzu plays a role as a reawakened Demon who possesses a girl, Regan.

Since the Sumerians, Akkadians, Babylonians, Assyrians and others all shared essentially the same pantheon and belief systems, these articles are all combined under the Mesopotamian mythology / deities / legendary creatures category.