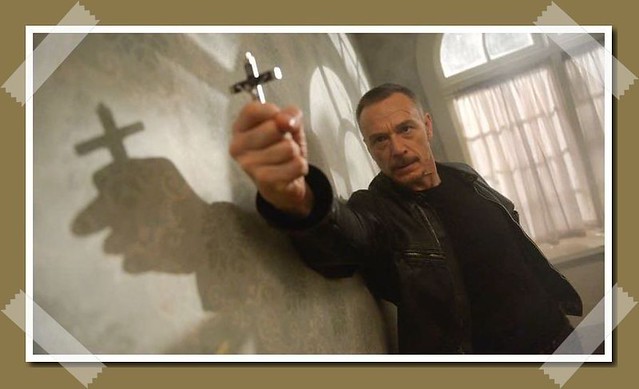 An exorcist is a person who expels demons. Most exorcists are priests, clergy, or adepts; some laypersons call themselves exorcists. Exorcists use specific prayers and rituals to cause demons to leave people and/or places, either of their own volition or by force.

Beliefs about the ability of spirits to interfere in human life and cause problems, including disease and misfortune, are widespread. Jesus was noted for his ability to exorcise Demons. Specially trained persons who cast out Demons are found universally since ancient times. According to some beliefs, persons are born with the special ability to battle Demons. Reginald Scot wrote in the 16th century that a person born with Mars in the ninth house has the power to expel Demons from the possessed.

In the Catholic Church, any priest can be an exorcist. While it is desirable that an exorcist lead the most virtuous life possible, even priests who live in mortal sin can function as exorcists, albeit probably not as effective as their more virtuous counterparts. Since attitudes toward Demonic interferences vary, not all dioceses have official exorcists; sometimes, they are concentrated in archdioceses. Priests who perform many exorcisms are likely at some point to be subjected to criticism and ridicule from their peers.

Malachi Martin described the ideal exorcist in Hostage to the Devil (1976):

Usually he is engaged in the active ministry of parishes. Rarely is he a scholarly type engaged in teaching or research. Rarely is he a recently ordained priest. If there is any median age for exorcists, it is probably between the ages of fifty and sixty-five. Sound and robust physical health is not a characteristic of exorcists, nor is proven intellectual brilliance, postgraduate degrees, even in psychology or philosophy, or a very sophisticated personal culture. . . . Though, of course, there are many exceptions, the usual reasons for a priest’s being chosen are his qualities of moral judgment, personal behaviour, and religious beliefs—qualities that are not sophisticated or laboriously acquired, but that somehow seem always to have been an easy and natural part of such a man.

Priests do not become exorcists by choice. They are called to their duty by receiving the chrism of the Holy Spirit, which gives them discernment of Demons and their presences. The discernment is of the utmost importance in determining whether or not a person is possessed and whether Demonic influences such as infestation and oppression are present. Some Demons are skilled at hiding within a possessed person, and an inexperienced exorcist might be tricked into thinking a person is not possessed or the Demons have been expelled.

Priests who are new exorcists receive special personal training from more experienced exorcists. They work in teams to discern Possession, perform the Exorcism rites, and work with laypersons who assist in the rites. Formal training is offered at the Regina Apostolorum Pontifical Athenaenum, a Vatican-affiliated university in Rome. Students learn the differences between possession and psychological and physical traumas and hear lectures by exorcists, medical professionals, priests, sociologists, law enforcement representatives, and other experts.

Exorcists must develop profound spiritual and inner strength, for they are subjected to Demonic attacks designed to interfere in their work or persuade them to leave the work. Some exorcists suffer physical and mental health problems resulting from Demonic influences and in a few cases may even become possessed themselves. Martin underscored the dangers of exorcism:

Every exorcist must engage in a one-to-one confrontation, personal and bitter, with pure evil. Once engaged, the exorcism cannot be called off. There will and must always be a victor and a vanquished. And no matter what the outcome, the contact is in part fatal for the exorcist. He must consent to a dreadful and irreparable pillage of his deepest self. Something dies in him. Some part of his humanness will wither from such close contact with the opposite of all humanness—the essence of evil; and it is rarely if ever revitalized. No return will be made to him for his loss.

In other denominations, ministers sometimes perform exorcisms, and sometimes entire congregations participate in expelling Demons, as in Pentecostal churches. In other religions and spiritual traditions and shamanic societies, exorcists are the members of the priestly castes, adepts, and specially trained persons. Members of magical traditions also can be exorcists.

Exorcism is  the expulsion of evil spirits by commanding them to depart. The expulsion is often done in the name of a deity, saints, angels…

The inspiration for the film starring Anthony Hopkins, journalist Matt Baglio uses the astonishing story of one American priest’s training as an exorcist to reveal…