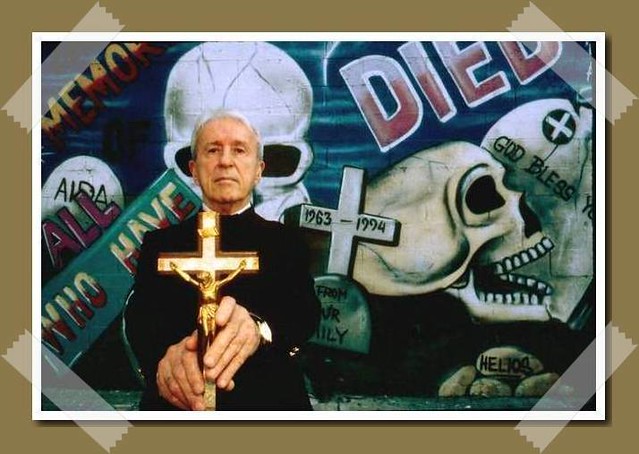 Malachi Brendan Martin (1921–1999) was a Catholic theologian and Exorcist. Malachi Martin, a former Jesuit, gained popular fame with book about Possession and Exorcism, Hostage to the Devil (1976). In all, he wrote more than 60 religious books, including fiction. Martin was born on July 23, 1921, in Ballylongford, County Kerry, Ireland. He was educated at Belvedere College in Dublin and became a Jesuit novice in 1939. He received a bachelor’s degree in Semitic languages and Oriental history from the National University of Ireland and studied Assyriology at Trinity College Dublin. He studied theology at the University of Louvain in Belgium and earned a doctoral degree there. In addition, he studied at Oxford in England and at the Hebrew University in Jerusalem. Martin was ordained a Jesuit priest on August 15, 1954, and served the Holy See in Rome from 1958 to 1964. He was also a professor at the Pontifical Biblical Institute of the Vatican. Martin was gravely concerned about corruption within the church. In 1964, Pope Paul VI released Martin from his vows of poverty and obedience, but not chastity, and ordered him to report directly to the pope or one of his designates. He continued as a lay priest and did not wear a collar in public.

Martin pursued a literary career. He also participated in several exorcisms and became an expert on possession. He went to live in Paris and then New York City, where he lived with a wealthy Greek-American family by the name of Livanos.

In 1990, Martin published a nonfiction book, Key of This Blood, in which he referred to diabolic rites and activities in the Vatican. More on papal satanic forces was included in his 1996 novel, Windswept House, which describes a Black Mass ritual called “The Enthronement of the Fallen Archangel Lucifer.” Martin said the ceremony had actually occurred prior to the election of Pope Paul VI. The pope later made a comment that “the smoke of Satan has entered the Sanctuary.”

Martin is best known for Hostage to the Devil. He believed that forces of evil are at work in the world, manifesting in possession and in satanic child abuse. His book acquainted the general public with the signs and stages of possession, and the manner in which formal exorcisms are undertaken. During the 1990s, Martin was an occasional guest on Art Bell’s Coast to Coast AM radio show. Martin died at age 78 on July 27, 1999, after a second stroke and fall in his apartment in Manhattan. His funeral wake took place in St. Anthony of Padua Roman Catholic Chapel of West Orange, New Jersey. He is buried in Gate of Heaven Cemetery, in Hawthorne, New York. At the time of his death, he was working on a book about the Vatican’s involvement in the New World Order.

Gnosticism is the name given to various religious schools that proliferated in the first centuries after Christ, nearly becoming the dominant form of Christianity, but…

Of all the books that have come up over the years regarding military applications of psychic research, this book by Ebon (originally in 1983) is…