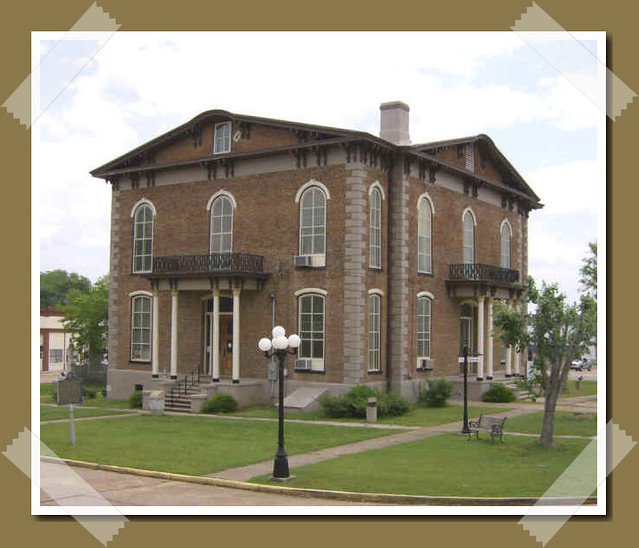 The face is of a black man named Burkhalter. In the early 1800s, the courthouse was burned, destroying valuable records. Burkhalter was charged with the crime. He was swiftly tried and convicted. En route to the state penitentiary in Montgomery, Burkhalter and his guards were ambushed by a lynch mob in a dense swamp. Burkhalter was seized, tied around the neck with a rope and taken to an oak tree.

Asked what he wanted to say before he died, Burkhalter protested his innocence. The mob paid him no heed and lynched him. According to legend, just as he was hoisted into the air, a storm arose and a blinding flash of lightning illuminated his agonized face. 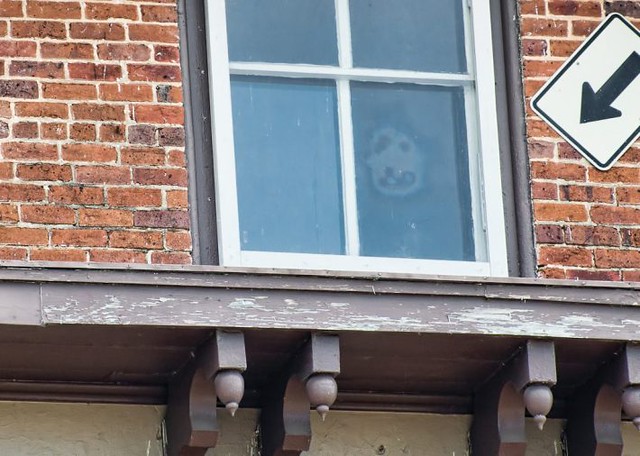 The mob left Burkhalter hanging in the swamp. The next day, a member of the lynch mob was passing the newly rebuilt courthouse. He looked up into a window and was shocked to see the clear outline of Burkhalter’s face as it had looked in the throes of strangulation. The face has remained in the window. Numerous panes allegedly have been replaced, to no avail. Nor has scrubbing the glass with turpentine and steel wool removed the face.

Variations in detail of the story exist. One version has Burkhalter telling the mob that he is innocent and that they will always be haunted by his face. In another version, Burkhalter was convicted of raping a white woman, put in jail and hanged. The courthouse then burned down, and his face appeared in the window of the new courthouse. In another version, Burkhalter was wrongly convicted for killing a man. The day he was to be executed, there was an electrical storm, so he was hanged inside in the gallery of the Pickens County Courthouse. Just as he was hanged, a bolt of lightning hit the courthouse, somehow transposing his face permanently onto the window.

The face in the window at Pickens County Courthouse has been cited in Ripley’s Believe It Or Not.

It’s hard to imagine that the near-ghost town of Goldfield, Nevada, was once the largest city in the whole state. Now, only a few old-timers…

Trees are widely believed to be favourite dwelling places for Ghosts of the dead. In northern India, for example, many local shrines are built under…

The Slumber Party Séance By Sirona Knight On my 11th birthday, I had a slumber party. Being born at Samhain, I always had parties with…

Eight years ago (back in 2000) my mother had an operation and was confined in the hospital, staying on the second floor, Room 209. Our…