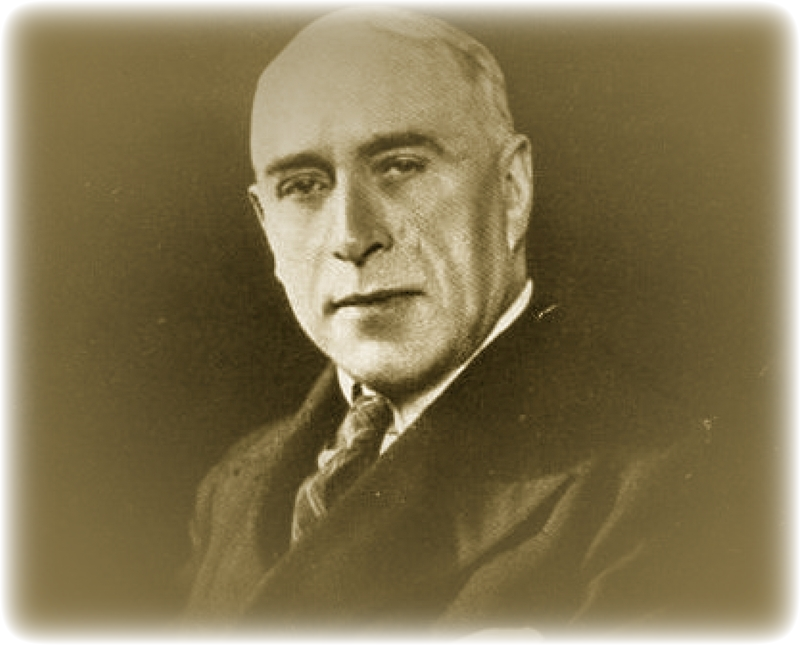 Harry Price (1881–1948) was one of the most colorful figures in the history of psychical research and author of many popular books on psychical phenomena. As much at home in conjuring as in Psychical Research, Price is suspected of fraud in connection with several of his investigations, including the most famous one, the Borley Rectory haunting. Little that he wrote about himself may be trusted, with the result that the standard story of his life is largely fictitious. The following account owes much to the research of Trevor Hall as documented in his book Search for Harry Price (1978).

Harry Price was born on January 17, 1881 in London (not in Shrewsbury, Shropshire as claimed by Price). His father was a grocer and later a traveling salesman for a paper-making firm (not the owner of the establishment, as Price claimed). Price was raised and educated in the New Cross area of London (instead of the more upscale Brockley, from which his future wife’s family hailed). Although Price claimed that when he finished school he was taken into his father’s business, it seems that he spent the decade after his graduation in about 1898 without steady employment, pursuing various odd jobs. In 1908, he married a wealthy heiress, Constance Mary Knight, and became a man of independent means.

In later years, Price often said that his first psychic experience concerned a haunted house he investigated at the age of 15. The story is dubious, and Price’s own accounts of it vary; yet something of the sort may really have happened. In his autobiography, Search for Truth: My Life for Psychical Research (1942), Price wrote that he and a friend locked themselves into the building one night, equipped with camera and flash, to await the disturbances. At about 11:30 they heard what sounded like someone stamping around in clogs in the room above, then down the main staircase, and up again. Setting up the camera in the hall, they waited for the ghost to descend the stairs once more. After about an hour it came. The boys waited until the footsteps were about halfway on their return trip up the stairs, then triggered the camera. As they did, there was an explosion, and the ghost was heard to stumble—though this sound turned out to have been made by a pan thrown against the stairs because Price had used too much gunpowder in setting up the flash. The photographic plate showed nothing but an overexposed staircase.

Price claimed that he had begun to be interested in conjuring, and to collect books on conjuring, Spiritualism, and psychical research, in childhood, but it seems clear that only after his marriage would he have had the wherewithal to do this. Still, he must have been interested in these subjects in childhood, very possibly as a result of an experience in a haunted house, or he would not have moved so quickly to gain expertise in them. By the time Price joined the Society for Psychical Research (SPR) in 1920, he was already considered an expert on conjuring and fraudulent Mediumship. In 1921, he became honorary (unpaid) librarian for the internationally renowed Magic Circle.

It was partly on the strength of his knowledge of conjuring that the SPR sent him to investigate the claims of the spirit photographer William Hope. Price sought to ingratiate himself with Hope and others at the British College of Psychic Science, and although in his report in the SPR Proceedings for February 1922 he claimed to have exposed a fraud, there were charges that Price, not Hope, had tampered with the photographic plates. Hard evidence one way or another was never forthcoming, but subsequent events in Price’s life must lead one to wonder whether Hope’s defenders were not right in this case.

In May 1922 Price accompanied longtime SPR researcher and fellow conjurer Eric Dingwall to Munich, Germany to observe Willi Schneider in sittings in the laboratory of Baron Albert von Schrenck-Notzing. Schneider was a physical Medium (see Schneider Brothers), in whose presence Rappings were heard and objects moved without physical contact (see Psychokinesis). Both Price and Dingwall were impressed and signed a statement to that effect. Price later said that Schneider had made him realize that not all physical phenomena could be explained in terms of deception and self-deception.

Price’s next crucial meeting came early the following year, when he met a young woman named Dorothy Stella Cranshaw on the train from London to his home in Pulborough. Cranshaw (or Stella C., as she came to be known) was a nurse who claimed to have psychokinetic abilities. Price arranged for a series of Séances with Cranshaw at the London Spiritualist Alliance (see College of Psychic Studies). Although these sittings apparently were successful, they caused strain between Price and his conjuring friends as well as between him and the SPR—the former because they believed he had sold out, the latter because they distrusted the Spiritualist connection. A second series of sittings was begun at the SPR late in 1923, but after only two sessions Stella declined to continue, giving as her reason the drain on her time and energy the Séances represented.

Price had given his collection of books to the SPR on permanent loan in 1922. Some have read this move as a bid for influence. However this may be, Price soon became disgruntled with the SPR’s apparent bias against physical Mediumship and established his own National Laboratory for Psychical Research. When the laboratory opened its doors at the beginning of 1926, it was in the quarters of the London Spiritualist Alliance (now the College of Psychic Studies), a move not destined to endear him to the conservative SPR. Indeed, in 1927, his collection of books was returned to him. But Price’s penchant for exposing fraudulent mediums did not sit well with his landlord either, and the Alliance’s president, Sir Arthur Conan Doyle, was a constant irritant until his death in 1930. When the National Laboratory’s lease expired at the end of that year, Price found other quarters for his laboratory.

During this same period (1925–1931), Price was foreign research officer for the American Society for Psychical Research (ASPR), a position which required him to report on European psychical research for the society’s Journal. He was one of the British delegates to the Second International Congress on Psychical Research in Warsaw in 1923, where he sat with the Polish physical medium, Jan Guzik. He did not think much of Guzik, and did not hesitate to say so publicly. He was more impressed with the Romanian “devil girl” Eleanore Zugun, whom he studied in his laboratory in 1926. When Doyle died, Price arranged for sittings with Eileen J. Garrett, in an effort to communicate with him. Messages were received from Doyle, but far more important were a series of communications from the pilot of a dirigible that had gone down around the same time (see R-101 Case).

When Baron Schrenck-Notzing died late in 1929, Price invited Willi Schneider’s brother Rudi, also a physical medium, to visit his laboratory for tests. Rudi accepted, and two series of experiments were conducted in 1929 and 1930; a third was held in 1932. All were successful, as were tests with Rudi elsewhere. But then in 1933, Price dropped a bombshell on the world of psychical research when he claimed to have photographic proof that Rudi had freed an arm during a 1932 Séance, physically moving the handkerchief he was supposed to be affecting psychically. Although most of Price’s colleagues in psychical research suspected that Price himself was the guilty party, the unsophisticated public took the “exposure” at face value.

Price’s accusation was all the more devastating because he had spent much effort building up Rudi’s public image. Price was a master at manipulating the media; a showman at heart, he always saw to it that whatever he did made the headlines. His penchant for being in the news backfired on him in 1932, when he traveled to the Hartz Mountains in Germany to test a 15th-century magic spell that was said to be able to transform a goat into a handsome young man. The test failed, and Price was widely ridiculed for attempting it. The same year found him undertaking another farcical investigation, of a supposed talking mongoose in Cashen’s Gap on the Isle of Man.

At the same time that his public image was suffering, Price’s “exposure” of Rudi Schneider made points for him in academia. Having been rebuffed for years in his efforts to affi liate his laboratory with psychical research organizations (he approached the SPR repeatedly, and in 1929 was turned down by the Institut Metapsychique International [IMI]), in 1933 he offered his library to the University of London. The offer was accepted “in principle,” and a University Council for Psychical Investigation was set up in 1934. At the end of 1937, the university provided office space for the council and made room for Price’s books and laboratory equipment. (Earlier that year, Price had received official notifi cation that Hitler’s Third Reich respected psychical research as a science, and he had been offered a position at the University of Bonn.) Price also founded the National Film Library of the British Film Institute, with a donation of rare films in 1935, and was its chairman until 1941.

Price is best known outside of psychical research for his investigation of the haunted Borley Rectory, which began in 1929 and continued until 1947, when the building was torn down. Price reported his research in two popular books, The Most Haunted House in England: Ten Years’ Investigation of Borley Rectory (1940) and The End of Borley Rectory (1946). Suspicions that not all phenomena were genuine were entertained at least from the early 1930s. However, the scope of the charges— and their substance—was not made public until after Price’s death, in a book jointly written by Eric Dingwall, K.M. Goldney and Trevor Hall (1956). The writers take the extreme position that there was nothing at all paranormal about the disturbances; however, given the rest of Price’s life, the idea that he helped them out is not at all implausible.

Price suffered a heart attack at home in Pulborough on March 29, 1948, and died almost instantly. He was 67.

Although Price boasted that his library contained some 20,000 volumes, when it was assessed by the University of London after his death, it was found to contain only about half that number. It is now housed at the University of London as the Harry Price Library of Magical Literature. Price’s numerous books include, in addition to the ones previously mentioned, Revelations of a Spirit Medium (with Eric Dingwall, 1922), Cold Light on Spiritualistic Phenomena (1922), Stella C. (1925), Rudi Schneider (1930), Regurgitation and The Duncan Mediumship (1931), An Account of Some Further Experiments with Rudi Schneider (1933), Leaves from a Psychist’s Case Book (1933), A Report on Two Experimental Fire-Walks (1936), Confessions of a Ghost Hunter (1936), The Haunting of Cashen’s Gap (with R.S. Lambert, 1936), Fifty Years of Psychical Research (1939) and Poltergeist Over England (1945).

In 1945 Price and novelist Upton Sinclair coauthored a screenplay, “Hauntings,” based on the Borley disturbances. Also to Price’s credit is a motion picture called Psychical Research (1941) and a contribution on “Faith and Fire-Walking” to the Encyclopedia Britannica (1936).

To read more about Harry Price click on the next page

A classic study of the paranormal world’s mischievous entities—and the havoc they wreak—from one of the world’s first ghost hunters and psi-researchers. This extensive study…