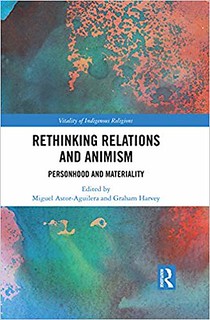 Personhood and relationality have re-animated debate in and between many disciplines. We are in the midst of a simultaneous “ontological turn”, a “(re)turn to things” and a “relational turn”, and also debating a “new animism”. It is increasingly recognised that the boundaries between the “natural” and “social” sciences are of heuristic value but might not adequately describe reality of a multi-species world. Following rich and provocative dialogues between ethnologists and Indigenous experts, relations between the received knowledge of Western Modernity and that of people who dwell and move within different ontologies have shifted. Reflection on human relations with the larger-than-human world can no longer rely on the outdated assumption that “nature” and “cultures” already accurately describe the lineaments of reality.

The chapters in this volume advance debates about relations between humans and things, between scholars and others, and between Modern and Indigenous ontologies. They consider how terms in diverse communities might hinder or help express, evidence and explore improved ways of knowing and being in the world. Contributors to this volume bring different perspectives and approaches to bear on questions about animism, personhood, materiality, and relationality. They include anthropologists, archaeologists, ethnographers, and scholars of religion.