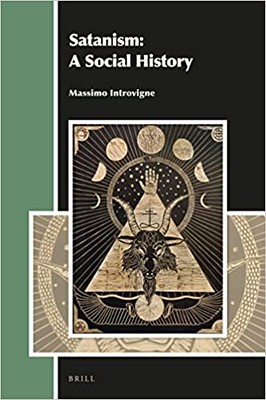 A 17th-century French haberdasher invented the Black Mass. An 18th-century English Cabinet Minister administered the Eucharist to a baboon. High-ranking Catholic authorities in the 19th century believed that Satan appeared in Masonic lodges in the shape of a crocodile and played the piano there. A well-known scientist from the 20th century established a cult of the Antichrist and exploded in a laboratory experiment.

Three Italian girls in 2000 sacrificed a nun to the Devil. A Black Metal band honored Satan in Krakow, Poland, in 2004 by exhibiting on stage 120 decapitated sheep heads. Some of these stories, as absurd as they might sound, were real. Others, which might appear to be equally well reported, are false. But even false stories have generated real societal reactions.

For the first time, Massimo Introvigne proposes a general social history of Satanism and anti-Satanism, from the French Court of Louis XIV to the Satanic scares of the late 20th century, satanic themes in Black Metal music, the Church of Satan, and beyond.

In 1966, Anton LaVey introduced to the world the Church of Satan, an atheistic religion devoted to the philosophy of individualism and pitilessness often associated…

During the recent influx of budding your Satanists, I have seen the Satanic currents twist. I receive email daily and am a part of on…

Satanism has been known around the world by many names over the centuries and has involved the shadowy deities of ancient pagan religions. During Christian…

Luciferianism, like Satanism itself, has a multitude of forms; primarily being of a Traditionalist slant, and Modernist slant. What I am going to describe herein…

This is a translation of Jules Michelet’s La Sorcière, originally published in Paris in 1862. Michelet was one of the first to attempt a sociological…