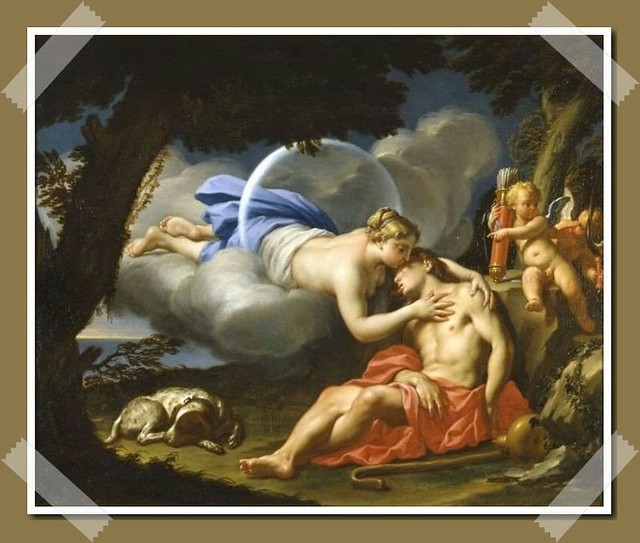 Selene (moon) : In Greek mythology, ancient moon goddess; daughter of the Titan Hyperion and Theia; sister of Helios and Eos. Selene was a beautiful woman with long wings and a golden diadem that shed a mild light. She rode in a chariot drawn by two white horses. In later Greek and Roman mythology Selene was identified with Artemis, Luna, Hecate, and Persephone. Selene was also known by her epithet, Phoebe (bright moon). She appears riding in her chariot on the east pediment of the Parthenon.

Selene is a Greek goddess of the moon, Selene is a winged, silvery woman who presides over night skies, sailing along in her chariot pulled by shining, winged white horses, cows or bulls (whose horns represent the crescent moon). Sometimes she sits astride a bull, horse or mule.

In contemporary Witchcraft, Selene is one aspect of the Triple Goddess, along with Diana (Artemis) and Hecate. Selene’s role in Greek mythology is minor. She is the daughter of Theia and Hyperion. In some myths she is the daughter of Theia and Helios, the sun god, and is the sister of Phoebus Apollo, who succeeded Helios as the sun deity. Other names for Selene are Phoebe and mene, the latter of which refers to her changing shape during the course of the lunar month.

The Greeks worshiped Selene at new and full moons, believing her to influence the fecundity of all life forms on earth. During the Hellenistic era, Selene (the moon) was the destination of the souls of the dead. The most significant myth of Selene is that of her fascination with her lover, Endymion, a magnificent youth who is a king, hunter or shepherd.

In the version recorded by Theocritus, a 3rd-century poet, Endymion falls asleep on mount Latmus and is observed by Selene, who falls in love with his beauty. She comes down from the sky and kisses him, bewitching him into immortal, deathless sleep so that she can visit him night after night into eternity. In other versions, Endymion wakes and is equally enchanted with Selene.

He begs Zeus to grant him immortality so that he can continue to love Selene, and Zeus does so on the condition that Endymion remain asleep forever. As an aspect of the Triple Goddess, Selene presides over the full moon, a seven-day period that lasts from three days before fullness to three days after, when certain kinds of Magic are at their greatest strength. It is Selene’s aspect that is invoked in the DrAwIng Down the moon ritual. Witches sometimes call upon her in magic related to finding solutions to problems.

Mene (as in month or menstruation)

Selene is an ancient goddess of the moon. Comparatively little information regarding Selene’s veneration and rituals survives although she is described as “great in magic” and was apparently invoked in magic spells. Her parents are Titans, Hyperion and Theia. Helios, the sun, is her brother. Many of her functions were later transferred to Artemis as Helios’ were to Apollo.

Selene bathes in the ocean before riding up to the sky in her chariot every night, variously driven by a pair of white horses, bulls, or mules. She pulls the full moon across the sky. Alternatively she rides a horse sidesaddle. Sometimes Selene has to hide from a dragon, indicated by a lunar eclipse or absent moon. Or perhaps Selene is just making time with that dragon. Selene is an amorous goddess with many lovers including Pan and Zeus, with whom she had several children. Her most famous love affair is with the young shepherd Endymion, the male sleeping beauty. Selene placed him under an eternal sleep spell so that his entire existence consisted of sleeping and making love to her. Selene spends her days in the Anatolian cave in which Endymion sleeps.

Selene’s name is etymologically related to a word meaning “light.” In her guise as the full moon, Selene sheds light on problems and mysteries.

She is the matron of magicians, sorcerers, witches, and moon-gazers.

Selene is the goddess of the moon, but she also is the moon. Selene may manifest as a woman or a cow, but you can also gaze at the moon and see her. As a woman, she is described as being very beautiful. She has wings and wears a diadem.

Early depictions of Selene envisioned her as a cow. Her horns are the crescent moon.

Crystals: Moonstones and Selenite (literally “moon rock”); Selenite is often found in the form of wands and is used to heal sleep disorders, among other uses.

Arcana Mundi: Magic and the Occult in the Greek and Roman Worlds: A Collection of Ancient Texts – Georg Luck

Endymion – He Who Finds Himself Within Endymion was a shepherd boy so beautiful that the moon fell in love with him. Selene, Goddess of…

Luna is the presiding spirit of the moon, personification of all its powers and forces. There was originally very little myth associated with her however…

Hyperion (the one above) In Greek mythology, a Titan, son of Uranus and Gaea; husband of his sister Theia; father of the Sun (Helios), the…

Every romantic couple needs a little extra magic in their lives, and MAGIC FOR LOVERS offers just the right blend of spice for the bedroom…

Helios : The Watcher; The Untiring Eye; The All Seeing, Ever Watching Helios is the sun as well as the original spirit of the sun…