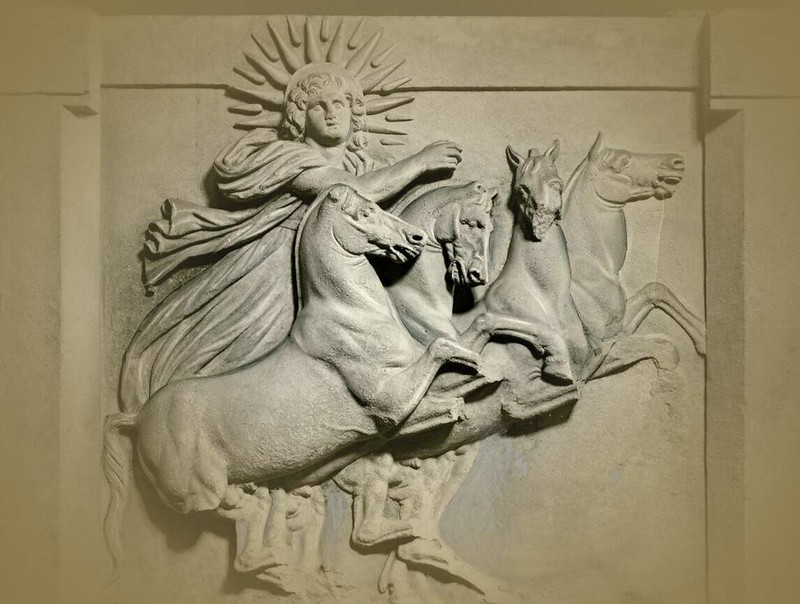 Helios : The Watcher; The Untiring Eye; The All Seeing, Ever Watching

Helios is the sun as well as the original spirit of the sun worshipped in Greece. He was eventually superseded by Apollo. Very little information now survives regarding his actual veneration, but Helios was not a remote deity. Scholars consider that he was an extremely important pre-Hellenic deity. He was actively venerated and possessed many shrines.

Oaths were taken in Helios’ name. Helios sees all and knows all, at least if it occurs during daytime. He is the witness to all crimes committed in daylight hours. Hekate witnesses all crimes committed at night. The relationship between the two deities is mysterious. Helios’ wife is named Perse, sometimes a title for Hekate. Hekate may also be his cousin or descendent. When Persephone cannot be found, Hekate leads Demeter to Helios, who ultimately reveals Persephone’s fate.

Helios is the illuminator, both literally and metaphorically. According to Greek mythology, when the sun sets at night, Helios is visiting his other realm—either a realm of spirits or the realm where he lives with his mother, wife, and kids. His children with Perse include Circe; Phaeton; Aietes, the father of Medea and Pasiphae, the mother of Ariadne and the Minotaur. He had other children, too, born of mortals and goddesses.

Helios’ children can be detected by the golden glint in their eyes.

A radiantly handsome man crowned with the sun drives a flaming chariot drawn by fire-breathing horses (or incendiary oxen) across the sky.

Helios owns cattle, one for every day of the solar year.

His sisters, Eos and Selene

Many of his shrines, located on mountaintops, were rededicated to Saint Elijah, who also drives a fiery chariot. Helios owns Rhodes, given to him by Zeus. He married Rhodos, who may be the indigenous goddess of the island or Poseidon’s daughter. Together they have seven sons, the Heliadae.

Gymnastic competitions were held in his honour.

Pasiphae Wide Shining ORIGIN: Crete An exquisite white bull emerged from the sea—a gift from Poseidon to King Minos of Crete. It was a sign…

Eos, Goddess of Dawn, is the sister of Helios and Selene. Every morning, at dawn, she opens the gates of the sky with her rosy…

Circe In Greek mythology, a sorceress renowned for her enchantments, who turned Odysseus' men into swine. Described by Homer as fair-haired, she was some- times…

Selene (moon) : In Greek mythology, ancient moon goddess; daughter of the Titan Hyperion and Theia; sister of Helios and Eos. Selene was a beautiful…